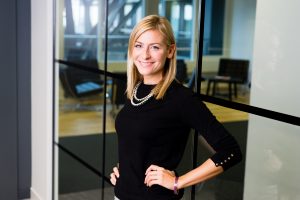 Amazon has commissioned a dark mafia comedy for its Prime Video service in Italy, along with a coming-of-age drama about twins.

The Bad Guy is from local producer Indigo Film and is set in Sicily, with Gomorrah’s Ludovica Rampoli, David Serino and Giuseppe Stasi co-creators.

The story follows a local judge unfairly accused of being a member of the mafia who then decides to turn to crime and enacts a Machiavellian style revenge plan.

Beta Film-owned Italian firm Cross Productions is behind young adult drama Prisma, which was created by Skam Italy team Ludovica Bessegato and Alice Urciuolo. It follows twin brothers and their friends as they explore their genders and place in society.

The shows join an expanding roster of Italian scripted series, which include crime drama Everybody Loves Diamonds and Bang Bang Baby. Both are produced by Fremantle-owned companies, with Wildside and The Apartment respectively attached.

Georgia Brown, director of European originals at Amazon Studios, said: “Our approach is to work with the most innovative Italian creators and talent to create captivating and ambitious local stories for our customers, bringing to life characters and worlds in a way they will not have seen before.”

Amazon’s head of Italian originals, Nicole Morganti, added: “We plan to deliver on our promises and offer great local content first and foremost for customers in Italy.”