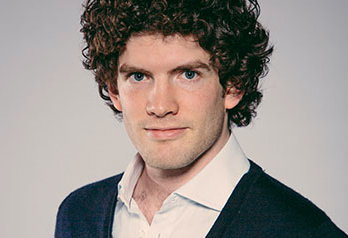 The exec, who will be based out of Amazon Prime Video’s UK offices, is to serve as a commissioner for the streaming giant.

He has been known to be leaving the Drug Lords producer since December.

The news arrives shortly after the team at ITN Productions was commissioned to make six new podcasts for Amazon’s Audible, an audio entertainment service.

Grabiner served as an executive producer for the titles, which include Bear Grylls’ Survival Stories, featuring first-hand accounts of survival tales across 10 episodes, and Artificial Intelligence: Friend or Foe? which will explore AI and its effects on society.

Three other series are also currently in production and will be announced in due course.

The commission follows the success of earlier Audible Originals from ITN, including The Dark Web and Real Crime.

ITN Productions has seen some changes in recent months, with BBC Studios exec Anna Mallett joining as chief executive after the departure of John Hardie at the end of 2018.

After a turbulent 18 months for Amazon, the business is looking to right its operations both Stateside and out of Europe. It is believed that further commissioners are to be hired out of the UK. Amazon Europe boss Georgia Brown said in September that the platform was “desperate” to support the broadcasting landscape.