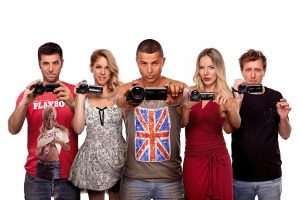 Created by Koda Communications, the half-hour format gives cameras to four people who don’t know each other, which they use to film their lives. Through the cameras, five parallel stories unfold and gradually become connected.

A ninth season of the Israeli version of the format recently launched on HOT VOD, while the format has previously aired in 13 countries, including the US, India, the Netherlands and Norway.

Pete Paavolainen, MD at ITV Studios Finland, commented: “We are proud to continue with this unique format that had it’s first launch here already 10 years ago. It shows that appealing characters and real stories are still an unbeatable combination.” 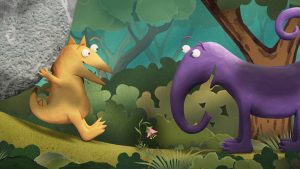 A further 26 episodes of the series are in production and planned for delivery later this year, with the series produced by Fiona Copland for Stretchy.

Kiri And Lou follows the friendship between Kiri, a feisty little dinosaur and Lou, a gentle and thoughtful creature, as they explore the world of feelings through laughter, song and outdoor adventure.

“We are absolutely delighted BBC has come on board for the Kiri And Lou journey. These characters have a life of their own and an exciting vision for their future – we love that CBeebies shares that,” said Copland. 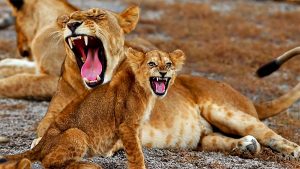 Big Cats Of The Serengeti

Meanwhile, through a deal brokered with German distributor Autentic Distribution, Quintus Studios has secured Hot Roads – The World’s Most Dangerous Roads (5 x 45-minutes) and several wildlife documentaries such as King Of The Mountains – Golden Eagle (1 x 52-minutes) and King Of The Seas – Sea Eagle (1 x 52- minutes) for Free Documentary Nature.