Show of the Week: Quizness 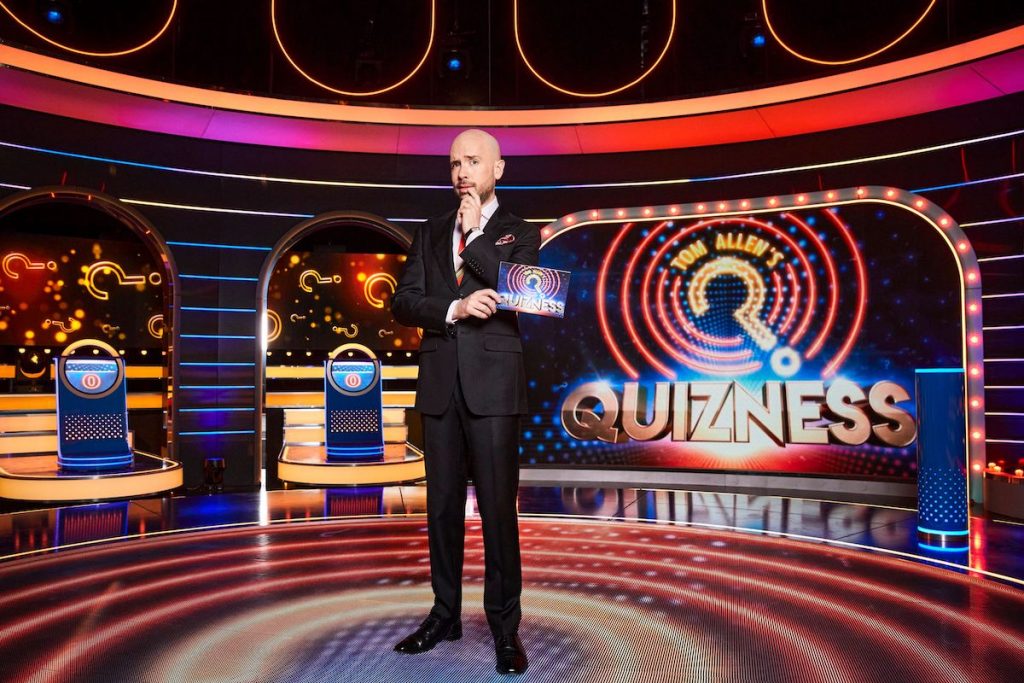 Normally, quiz show contestants do their best to avoid appearing foolish in front of the cameras, but in this new entertainment format, looking silly is the quickest way to win.

Hosted by a popular comedian – Tom Allen in the UK version – each episode sees four contestants’ general knowledge put to the test as they battle it out across seven rounds for a major cash prize.

The catch, however, is that each round is entirely ridiculous, as Tim Gerhartz, president & MD at Red Arrow Studios International, explains: “Rounds include ‘Subbly Jubbly’, in which contestants must substitute nonsense words into the correct answers; ‘Brain Train’ involves answering questions by repeating all the correct answers in a ‘chain’ of five questions in sequence, and there’s a surprisingly difficult quickfire round in which nearly every question has the same answer!”

At the end of rounds four, six and seven the contestant with the lowest score is eliminated, leaving the remaining quizzer to play for the cash prize in a tense final round. If they answer seven questions correctly they win the £25k jackpot; fail to do so and they leave with a £1k consolation prize.

Gerhartz says that what makes Quizness stand out is that it’s a serious quiz show with real prize money that is also funny. “The questions themselves create the humour, because each one sets up a joke as the answer. The contestants don’t need to be comedians, they just need general knowledge and mental agility. As such it will appeal to both quiz fans and comedy fans.”

The format has found fast popularity in the UK, with the premiere episode in Channel 4’s Friday night 8pm primetime slot growing the 25-34-year-old audience from the 10.4% benchmark share to 14.5% – an increase of 39.4%. However, Gerhartz suggests that the format would work just as well as a stripped daytime show with a more mainstream host.

Humour can, of course, be rather subjective as well as tricky to translate, but Gerhartz adds that due to the nature of the format, that should not be a problem: “The rounds are universally funny with questions that are easy to write or adapt in any language. And as the rounds are comprised of general knowledge buzzer questions, replacing the English answer with local translations will not be difficult.”

Concept/Synopsis: The clever new quiz show in which even the smartest contestants look silly