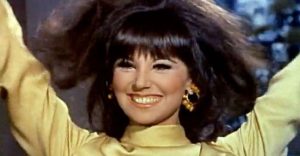 US-based distributor and AVOD operator FilmRise is launching a new Classic TV channel and app, featuring popular vintage series such as The Dick Van Dyke Show and That Girl.

FilmRise has struck a deal with Paul Brownstein Productions to gain global TV and digital rights to these and other programmes and films including The Danny Thomas Show, My Favourite Martian, 3rd Rock From The Sun and The Rifleman.

Max Einhorn, SVP of acquisitions & co-productions at FilmRise, commented: “These programs continue to resonate with audiences from generation to generation. They have stood the test of time and have become the foundation for the sitcoms that are created today. Marlo Thomas, Dick Van Dyke, Mary Tyler Moore, Danny Thomas… proven talent that continues to entertain as their legacies live on.” 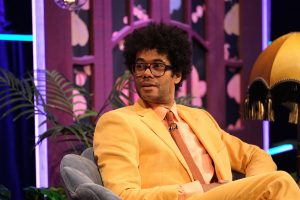 UKTV has announced a slew of new original comedy-entertainment formats for its Dave channel, to debut later this year.

Renegade Pictures is producing the 6 x 60-minute Outsiders, which will be hosted by David Mitchell, who challenges a returning cast of three pairs of comedians to prove they’ve got the mettle and skills to thrive in the great outdoors.

British As Folk (6 x 60-minutes) is being produced by STV and will follow Fern Brady, Darren Harriot and Ivo Graham as they travel across the nation discovering and interrogating the stereotypes and traditions that make up British life today.

Richard Ayoade will host Question Team (8 x 60-minutes), a comedy quiz show that sets out to re-write the panel show rulebook by making its players set the questions. Interstellar Television will produce.

The Island (8 x 60-minutes) is hosted by Tom Allen with Kemah Bob and Jason Forbes, and will see four comics across the series each conceive their dream island nation to rule over. Produced by Super Best Quality Video Productions and created, developed and executive produced by James Acaster, Ed Gamble, Lloyd Langford and John Robins.

Second Act’s Meet the Richardsons (10 x 40-minutes) will also return for a third series, providing a fictional window into the funny and frustrated marriage of Jon Richardson and Lucy Beaumont. 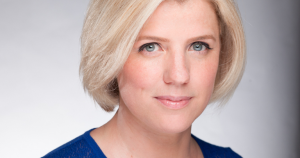 Channel 4’s AVOD streamer All 4 has renewed its partnership with Vice, in a deal that will see it offer 120-hours of programming from the youth-skewing brand.

The agreement, which comes a month after TBI revealed Vice was closing its UK-focused linear channel on Sky, will see shows such as Criminal Planet, Dark Side Of American Football and The Deep End becoming available on All4.

All previous and brand new seasons of Dark Side Of The Ring, Black Market and The Devil You Know are also included.

Bea Hegedus, global head of distribution at Vice Media Group, said the “multi-year partnership” would allow C4 to offer content on a first-window basis in the UK and Ireland.

Vice Distribution launched last summer and has a catalogue of over 1,000 hours of programming created across the group. The firm recently unveiled a US deal with Pluto TV as part of its strategy to expand its AVOD operations. 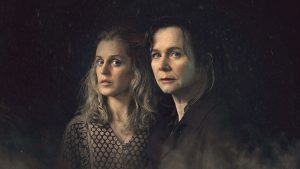 Global broadcasters get ‘Too Close’

NPO in the Netherlands, BBC Studios ANZ and HBO in Central Europe are among buyers of All3Media International’s drama Too Close.

The three-part psychological thriller, which recently debuted on ITV1 in the UK, is produced by Snowed-In Productions and has also been acquired by YLE (Finland), DR (Denmark), VRT (Flemish Belgium) and Nova TV (Greece and Cyprus).

The latest deals follow the recently announced AMC Networks agreement, which will see Too Close launching exclusively in the US as an AMC+ original in May. The drama will be available on the AMC+ streaming service in the US, Canada, South America (excluding Brazil), Central America, Portugal and Spain later this year. 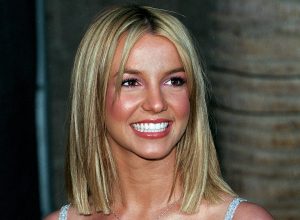 The Battle For Britney

A host of broadcasters and platforms around the world have acquired the one-off documentary The Battle For Britney: Fans, Cash And A Conservatorship, following a slew of deals with UK distributor Abacus Media Rights.

The 1 x 60-minute access-based doc was originally commissioned by BBC Two in the UK, where it airs this evening, and was produced by Laura Kaye and executive produced by Jeremy Lee. The film follows journalist and filmmaker Mobeen Azhar as he sets out to uncover the truth behind the conservatorship that US pop icon Britney Spears has been held under for the last 13 years.

The doc is now headed to RTE in Ireland, BBC SELECT for the US & Canada, Mediengruppe RTL in Germany, Network 10 in Australia, Canal+ in France, Three, Discovery NZ  for New Zealand, RTL for The Netherlands & Luxembourg, VRT in Belgium, NRK in Norway, DR in Denmark, Canal+ Polska for Poland, SVT for Sweden, Mnet in Africa, Stod 2 in Iceland, TV+ in Turkey, OSN for the Middle East, DBS in Israel, Go3 for the Baltics and DIRECTV in Latin America for its OnDIRECTV channel, DIRECTV GO in Argentina, Brazil, Chile, Colombia, Ecuador, Mexico, Peru and Uruguay and SKY Play Brazil. 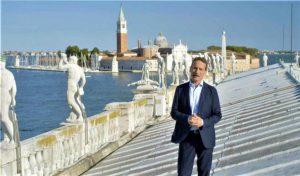 The sales arm of Italy’s Mediaset has added two docs shot under lockdown and presented by actor Cesare Bocci to its slate.

Venice: The Beauty Of The Lagoon is a 1 x 90-minute show that uses high-end cameras to explore the world’s most famous lagoon city and its myriad canals, ancient buildings, courtyards and squares while immersed in the lockdown silence.

The show first aired in primetime on Italy’s Canale 5, as did Rome: An Open-Air Museum, Another Unique City In The World. The 90-minute doc was filmed during the first lockdown and explores the famous Italian city’s famous attractions.

Claudia Marra, Mediaset Distribution’s sales manager, said: “The series of documentaries launched for the international market is really appealing not only for the quality of the shots created by the drones but also for Cesare Bocci’s contribution in explaining the beauties of these Italian wonders to the world.”