TBI Show of the Week: Stealing The Show! 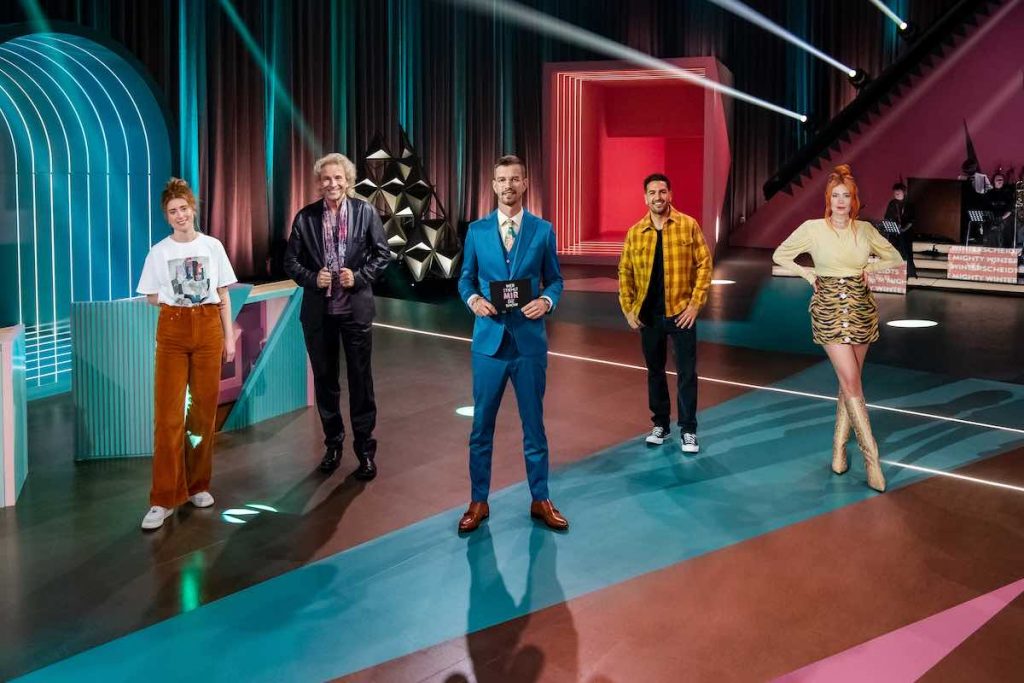 Quiz shows come in all shapes and guises but this new format from Germany offers a twist to the genre that is as unique as it is unexpected.

While other formats might reward victorious contestants with flashy cars or expensive holidays, the prize on offer in Stealing The Show! is the show itself.

The premise is, however, remarkably simple: three celebrities and a member of the public must complete challenges and answer questions over three rounds. After each round, the contestant with the least points departs until there are only two left.

“If, during the course of the rounds and the final games, they manage to beat the existing host at their own game, they take over as the quizmaster for the following episode and the original host becomes a contestant,” explains Tim Gerhartz, SVP of global sales at Red Arrow Studios International, which sells the format.

The unusual mechanics means it immediately stands out from other primetime, family-focused entertainment formats,” he adds, but also means that the show is reinvented on a weekly basis.

“This gives each episode a really unique feel and provides lots of unexpected and surprising moments, which means the series is consistently fun and interesting throughout,” Gerhartz continues. The format, which was created by Florida Entertainment, debuted on ProSieben in Germany and Gerhartz says a key element is allowing the victorious contestant free reign when it comes to creating the rules of the game.

“Contestants have the ability to completely change the look and feel of the show and really stamp their own mark on it, which is one of the reasons why it is really compelling for celebrities to take part in,” he says. The German version, he adds, saw local talkshow host Thomas Gottschalk bringing in a cocktail bar and a band that only played 1970s rock music, reflecting the format’s ability to reflect the personality of those in control.

ProSieben’s show boosted its average share by 75%, in the 14-49-year-old demo – as well as capturing a 23% share of the 14-29-year-old demo – and Gerhartz says the global appeal lies in both its family appeal and its returnability.

“We think it will be very appealing to channels globally, particularly linear channels as there is a huge demand for entertainment that works for the whole family but also stands out from the crowd by offers something a little different, which gets people excited, enthused and talking,” he explains.

“At the same time, channels need to invest in shows that have the ability to develop into brands and franchises that continue to work season after season without losing their creativity and appeal. We are confident that Stealing The Show! will be one of those shows. Its performance on ProSieben across the first season was so impressive, the channel immediately commissioned a second season.”

Distributor: Red Arrow Studios International
Producers: Florida Entertainment
Broadcaster: ProSieben (Germany)
Logline: Three celebrity contestants and a member of the public all compete to win the most extraordinary prize in quiz show history: the show itself!