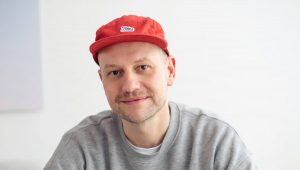 Heinlein joins SEO Entertainment – which Leonine acquired in late December – as head of development & creative director from 1 April. He will also work across development for other non-fiction production companies belonging to Leonine, which is backed by US private equity investor KKR.

His responsibilities include the development and creation of non-fiction, entertainment and show formats, as well as the adaptation of international format rights for the German-speaking market. Heinlein will report to Gillad Osterer, MD of SEO Entertainment and to Nina Etspüler, the former Red Arrow Studios exec who was recently appointed as head of entertainment development at Leonine Studios.

He most recently worked as head of development at Constantin and was also programme manager at ProSieben Entertainment between 2011 and 2018, where he worked on series including Die Beste Show Der Welt and late-night programme Circus Halligalli.

Heinlein is the second senior exec to leave Constantin in recent weeks, following Christoph von Issendorff’s departure earlier this month after more than 18 years with the company.

Fred Kogel, Leonine Studios CEO, said: “[Heinlein] has made a name for himself as a particularly innovative and talented creative developer in the entertainment field. With him, Nina Etspüler and our recent acquisition of SEO Entertainment, we are strengthening our production location in Munich as well as our competence in comedy and have established a perfect starting point for further sustainable growth in the non-fiction production sector.”

Leonine operates production, distribution and licensing divisions, and is home to companies such as Tele München Group, Universum Film, Universum and i&u TV. It has also launched a production outfit with comedian Oliver Pocher and bought Wiedemann & Berg TV – the producer behind Netflix drama Dark – from Endemol Shine Group.