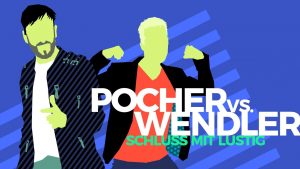 Pool Of Brainz, which is based out of Cologne, will create and develop ideas for both domestic and international markets.

The 50/50 joint venture, between Pocher and Leonine’s I&U TV, already has its first project underway with a live entertainment format – Pocher Vs. Wendler: Schluss Mit Lustig! – that debuted on RTL on Sunday.

Leonine is the fast-growing German media group backed by US investor KKR, which includes Tele München Group, Universum Film, Universum and i&u TV, and has a catalogue of more than 7,000 titles including Sanctuary and feature film Moonfall.

Leonine CEO Fred Kogel said: “Our strategy with our production division is to successfully cover all genres, including non-fictional entertainment. This joint venture is an important step in this positioning. With Pool of Brainz, we want to quickly react to new trends and implement them immediately.”