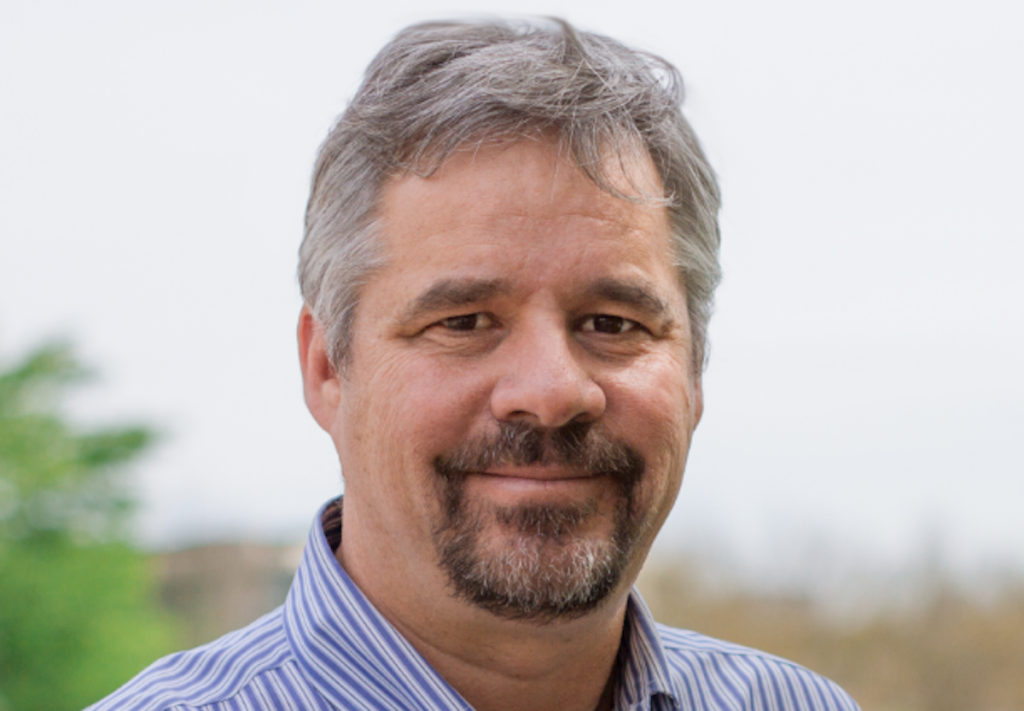 Great Pacific Media’s Mark Miller tells TBI deputy editor Mark Layton about the company’s move into scripted, why factual content is about to boom and why he stepped back from the corporate life.

Mark Miller is doing what he loves. Last week, the Canadian exec stepped back from his role as president of Highway Thru Hell prodco Thunderbird Entertainment and as CEO of its factual division Great Pacific Media.

Miller, who founded Great Pacific and sold it to Thunderbird in 2014, will instead serve as an executive producer at the company, in a move that he tells TBI was always on the cards.

“I’m just refocusing away from the corporate stuff to focusing 100% on creative. We have a really good executive team now in place and that was always my goal when I sold the company – to be able to build out a team that could lead the business part and I could go back to focusing on the creative part.

“At the end of the day, a business is like an engine,” continues Miller. “We’re like the Mercedes team right now; we’ve got a great engine, I’ve just got to keep fuel in it.”

He adds: “Who wouldn’t want to do this? Who wants to be in the office spending 50% of their time signing cheques? I want to be writing words. And I’m still around, I’m sure I’ll still give them advice and provide feedback. I’m still a huge shareholder.” 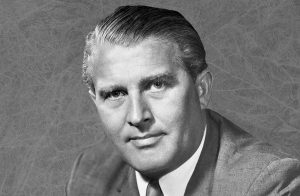 Scripted as a growth area

The next big burst of fuel from Miller for Thunderbird’s engine will be the recently announced Von Braun: Dreamer Of Space, Engineer Of War, the first-ever fully scripted production from Great Pacific which, until this point, has been best known as a factual producer of shows such as High Arctic Haulers and Heavy Rescue: 401.

Based on Canadian author Michael J. Neufeld’s biography, the drama series will tell the story of Wernher Von Braun, the Nazi scientist who helped develop the V-2 rocket during the Second World War, but was later recruited by the US through Operation Paperclip and played a pivotal role in the space program.

Miller says that Great Pacific did consider making the series as a documentary but “it had kind of been done before” and “we just thought it better fit a drama as he’s such an interesting character.”

He explains: “We already have a scripted unit [at Thunderbird]. So all we’re really doing is expanding our scripted offerings because we see it as a growth area,” says Miller, adding that Canada hasn’t seen as severe a downturn in scripted production due to the Coronavirus pandemic as other territories.

“We did a show called Untold Stories Of The ER for years, which is basically a factual story with recreations in it by actors. It wasn’t a big jump for us to get rid of the documentary stuff and make the whole thing a recreation.”

To facilitate the move, Miller reveals that the company hired Lindsay MacAdam to head its scripted initiative. “She was the exec behind a show called Motive which ran four seasons on CTV,” he says, adding that MacAdam “immediately saw the potential” in the Von Braun series so they “moved it to the top of our pile.”

Miller reveals that Great Pacific also has a comedy in development based on the true story of “a church pastor who has a side hustle at used car dealership,” describing the story as: “Here’s someone who by all accounts seems like a great guy, a great family man, but he gets into the used car dealership and figures out he can make a little extra money if he just doesn’t tell anybody the whole truth about this little bit of a clunker he’s selling.”

This new move into scripted productions should not slow things down on the factual side for Great Pacific, says Miller. In-fact, he points to the pandemic leading to a marked uptick in the demand for factual and animation content.

“Because our crew sizes are small, while other shows have had to close down, we’ve been able to keep going. In an odd way, Covid has perhaps helped galvanise our business.”

Miller predicts the future for the industry holds “a flood of studio orders for scripted projects” that cannot be fulfilled, which is where factual producers can help to plug the gaps. “We think for the next two years to two-and-a-half-years we’re going to see strong demand for factual.”

He adds that companies like Thunderbird, which produce scripted, factual and animated projects are the best placed to “weather these storms” by “moving around as areas get strong”.

“If you look at [Thunderbird’s] animation department, because of Covid we’ve probably added 10% to our workforce there, because we’ve got so many orders for animation shows.” 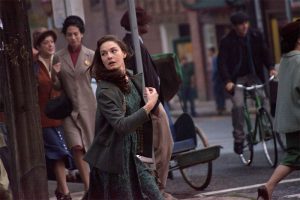 The Man In The High Castle

A large part of this demand – for both factual and scripted – comes from the big streamers, says Miller. Despite the industry’s current big push towards direct-to-consumer, he is not worried about third-party producers getting left behind, explaining that “there is certainly a lot of demand from Peacock, HBO, Disney, Netflix, Amazon.

“[Thunderbird] did the service on The Man In The High Castle [for Amazon], we did that for three seasons and if the streamers are going to succeed and are going to stand out from each other, they need to have the best IP,” says Miller. “What’s exciting is to see the streamers willing to take risks on projects that are a little bit different or outside of the traditional network box – The Queen’s Gambit [on Netflix] is a perfect example; here’s a series where you don’t even meet the main character until the second episode, yet it’s hugely successful.”

Looking to the future, Miller continues: “There is huge demand and I think that demand increases as the original landlords of the media space – the traditional TV networks and the cable networks – adjust and create their own platforms to compete with the streamers. We’ve seen Discovery Channel in the US rolling out a platform and we’ve seen Nat Geo doing the same thing and putting it on the back of Disney. They’re all going to need content and it’s such an exciting time in this business. I hate to be so enthusiastic, but there’s just opportunity everywhere.”