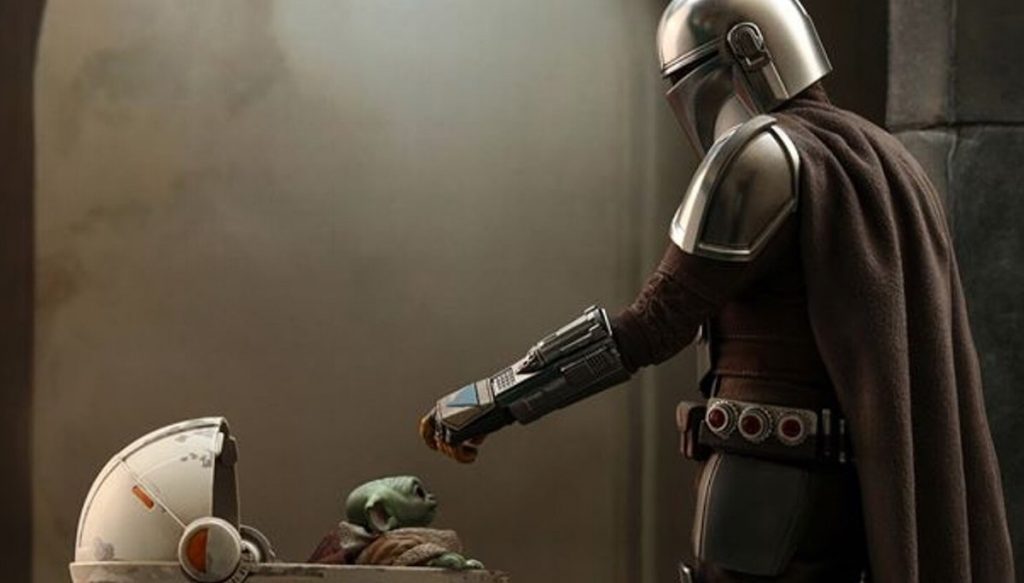 Tony Gunnarsson, principal analyst for media & entertainment at TBI sibling OMDIA, reflects on a watershed year for streaming and picks out the ramifications and key trends set to affect the business in 2021 and beyond.

The acceleration of cord-cutting and online video adoption during Covid-19, coupled with aggressive expansion of next-gen direct-to-consumer (D2C) services, has resulted in a faster than expected migration toward online video on a global stage.

In 2021, for the first time ever, more people will pay for online video services globally than for pay TV, and the associated increase in spending across video streaming now means that online video has become the largest source of TV and video revenue globally. 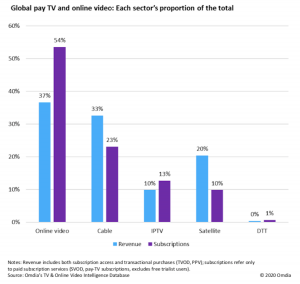 This shift from traditional pay TV to online video has long been expected, yet 2021 is a major milestone year for video, and one with far-reaching repercussions through the 2020s. Already, most major TV & video companies have refocused strategies toward online video, whether launching D2C services or working through a myriad of distribution partners and aggregators. In 2021, online video will be firmly replacing pay TV, whether by new releases being ring-fenced for streaming, or next-gen operator bundles being redesigned for online services. In 2021, online video will finally truly dominate the greater TV & video industry. 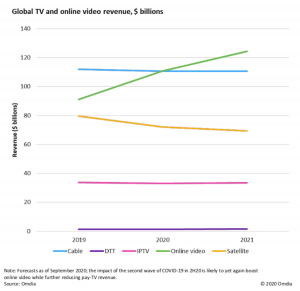 After a second wave of Covid-19 and a repeat lockdown period during winter 2020–21, pay TV faces a significant uphill struggle to recover from sustained losses. The continuing retreat of global cable TV will be a key trend in 2021, with online video taking its place as the main revenue driver of global TV and online video. The damage for pay TV will be near irreparable. Some small recovery is expected once the pandemic eases, but real-term growth for pay TV is now firmly a thing of the past. The industry will have to accept the very real prospect that more households around the world will churn out of pay TV services sooner than expected, driven by cheaper, more user-friendly, and more hyped than ever online video alternatives. 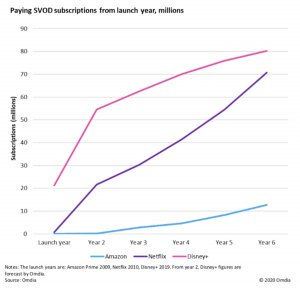 Disney’s direction of US travel…

As of August 2020, just nine months after launch, Disney+ had acquired more than 60 million paying subscriptions globally, a target the company had initially set for 2024. With Disney’s additional online video services, including Hulu and ESPN+ in the US and Hotstar in India, Disney’s total number of paid online video subscriptions reaches more than 100 million.

With Disney+ scheduled to launch across Asia, the Middle East, and Africa before the end of 2021, the Mouse House is on a trajectory to end the year with more than 140 million paid online video subscriptions globally across all its video brands. This means Disney will have surpassed not just Amazon Prime Video (with 103 million paid subscriptions globally in 2021) but also the two Chinese online video market leaders – iQiyi at 122 million and Tencent at 137 million. This firmly places Disney as the world’s second-largest video streamer, second only to Netflix (with 216 million subscriptions). This is a terrific endorsement of Disney’s multi-year efforts to restructure its internal organisation towards a D2C online video future. Spurred by its initial success with online video, Disney strategy will further evolve, and an obvious direction of travel will be to replicate its domestic portfolio of online video products (Disney+, Hulu, and ESPN+) for international markets. 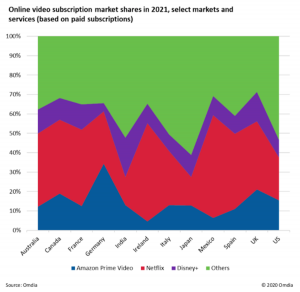 At the consumer level, one of the key trends in TV & online video continues to be that of households self-bundling SVOD services. While homes can select freely from a pool of global, local, and regional services, most households tend to pick a combination of the big three US services, Netflix, Amazon Prime Video, and Disney+, particularly in mature markets. In 2021, the three major US SVOD services will be available almost everywhere (with China a notable exception). Combined, they will make up 38% of paid online video subscriptions globally. But in mature markets, where Amazon Prime is typically well-established, the combined market share of the three services is around 65–70%.

The three major US SVOD brands thus illustrate a good example of the “rule of three” from economics theory, which holds that there are typically three major competing companies in any free market within any industry. Firmly at the core of global SVOD in 2021, the big three’s market shares will solidify even further, making streaming in the 2020s even more fiercely competitive than in the 2010s.

Tony Gunnarsson is principal analyst for media & entertainment at OMDIA, which like TBI is part of Informa. The excerpts above are from his recent report, 2021 Trends to Watch: Global Online Video Super Themes.