Discovery CEO David Zaslav has offered more details for its soon-to-launch international streaming service, which is set to be formally unveiled in December.

Zaslav has previously said its new streamer would be “differentiated” from others such as Netflix and Amazon Prime, with originals, local sport and news among the plans.

During a quarterly earnings call on Thursday, Zaslav said the streamer’s offering had now “come into clear focus” and added that the “whole package” would be unveiled early next month, while also offering some early insights into how the product might look. 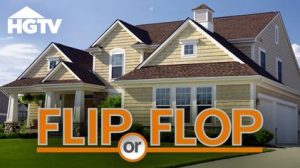 “We have a definitive path to driving engagement and scale, an unparalleled library of loved brands and personality-driven content, which will support a roster of exclusive and windowed content, all culminating in a platform that is global in focus and local in appeal,” he told investors.

Zaslav added that Discovery’s tendency of retaining rights is also making the launch of its streaming service more straightforward compared with some of its OTT rivals.

“We’ve been holding our global content to go at it [streaming] and now we’re going to go at it in a way that we think is quite unique. And I’ve said it for a long time; local content. All of our existing genres, local. And looking at this opportunity to add local sport, and in some cases, it could also be local news. It’s a big differentiator for us.”

The comments follow news in September that Discovery in the UK is planning to launch a news channel, to be headed by veteran BBC presenter Andrew Neil, while Zaslav added that the company’s experience of commissioning and running channels such as Flip Or Flop network HGTV around the world would stand it in good stead.

“We own and control the vast majority of our content, almost all of which is unencumbered across all regions and platforms. We’re above the globe. And we are able to monetise our content across one of the broadest global footprints in the industry, across traditional linear ecosystems, including both free-to-air and pay-TV, as well as direct-to-consumer streaming platforms.”

These advantages, he added, plus Discovery’s “flexible, low-cost production model” has given the company “a super-efficient programming and content model”, the CEO said. 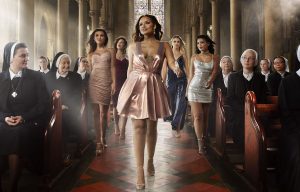 Zaslav repeatedly talked up Discovery’s ability to deal at a local level and added that the new streamer would retain that focus to compete.

“The real advantage that we think we have is that you have mostly big US services with a little bit of local. We have dramatic local – local entertainment. We have all our brands and cable content in language in 200 countries and all throughout Europe we have local sports.”

Discovery has already been commissioning programming for its streaming platforms, including handing an order for an Italian version of Keshet International’s docureality show Bad Habits, Holy Orders, which will be shared with its Real Time channel.

The factual giant has already commissioned an Italian adaptation of ITV Studios reality dating format Love Island this month, as part of an increased focus on streaming that has also seen it streamline its business across Europe.

Zaslav also talked up the company’s “extensive library”, which is set to be bolstered by its expansive deal with BBC Studios for some of the UK-based company’s blue chip natural history programming, and admitted that the Disney+ approach of ordering content by brands was “quite clever”, suggesting a similar approach could be in store for Discovery subscribers.

While price points have not yet been revealed, the service is expected to combine SVOD and AVOD offerings. Such an approach was recently talked up by NBCUniversal, which adopted the hybrid model for its recently launched streamer Peacock.

Discovery already offers some on demand streamers, such as the Food Network SVOD, and while Zaslav did not comment on individual cases, he said the company could be “better off putting all together” for a “very unique offering”.

The name of the new service also remains under wraps, although the factual giant rebranded its dplay streaming service in the UK and Ireland as Discovery+ last month and it seems that a similar model could soon be applied internationally.

UK viewers can subscribe to the SVOD for £4.99 per month or £49.99 per year, while ad-supported programming from channels including Quest and HGTV is available via AVOD.