The company did not clarify how many of those 22 million users are using the streamer’s AVOD tier and how many are receiving the service as a free perk of their existing broadband or TV subscription.

However, Comcast CEO Brian Roberts said that the streamer had “exceeded all of our internal engagement metrics, even without having the benefit of the 2020 Olympics” since its July launch. 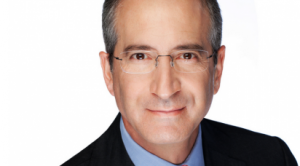 He also said that the service’s three-tier model – which ranges from free to $9.99 per month for streaming without ads and offline viewing – “is the right streaming strategy at the right time.”

Describing the model, Roberts said: “Going out with free allowed us to grow quickly with a very low cost per acquisition and significantly less marketing spend and other new streaming services. We’ve also been able to effectively leverage our expansive high-quality library and over $20bn of annual content spend that supports our existing media businesses for Peacock, and enhance it with targeted incremental investment in additional streaming IP.”

The CEO also added that Xfinity, the broadband business of Comcast, “has been a significant contributor to Peacock success, driving awareness and usage through bundling with X1 and [OTT video service] Flex.”

NBCUniversal CEO Jeff Shell also praised Peacock’s ad model which was tailor-made from the ground-up for the streamer. He said that it “gives us an opportunity to sell where others don’t really sell” and that it “launched right into the strength of that scarcity” caused by the pandemic.

In terms of specific content that has been successful with audiences, Shell said that the English Premier League “has been an interesting driver for us” and that “some of our NBC News product has been resonating.” The NBCU boss also said that audiences are watching a lot of content “that they didn’t necessarily discover on other platforms like Yellowstone, and recently Mr. Mercedes.” 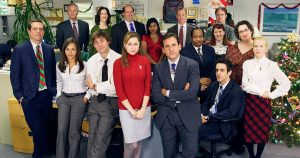 Shell said that the company is “really very optimistic” for the future given Peacock’s current performance, and content coming in the future. “We don’t even get The Office, which is still amongst Netflix top shows until January exclusively,” Shell said. “And then with the Olympics behind it to add to our sports strength, we’re very, very, very optimistic on how the content is resonating.”

Broadband and streaming were the two positives for the company, but other aspects of Comcast’s business continued to struggle with the effects of the pandemic.

The broadcast TV advertising segment revenue was down by 11.5%, with ad revenue at Comcast’s cable networks falling by 2.1%. The company attributed this to a lack of new content.

Similarly, the company lost 273,000 video customers – though this is significantly better than the 466,000 loss initially estimated by analysts.

NBCUniversal, which encompasses NBC Entertainment and Universal Pictures along with Peacock, saw revenues drop by 18.9% year-over-year to $6.72bn. Revenue of the filmed entertainment unit, which handles the movie business, fell by 25%, while theme park revenue dropped by a massive 80.9%.