AT&T-owned WarnerMedia has become the latest US giant to overhaul its operations to focus on streaming, with some of its most senior execs set to depart.

The major restructuring around HBO Max will see Bob Greenblatt, chairman of WarnerMedia Entertainment and direct-to-consumer, departing along with Kevin Reilly, CCO of HBO Max and president of TNT, TBS, and truTV.

The revamp marks the first major executive change under newly appointed WarnerMedia CEO Jason Kilar, who was one of the key minds behind Hulu, and also comes with news of redundancies for lower level staff for the sake of streamlining the business.

In a memo sent to staff, Kilar said that his brief stint with the company had exceeded his expectations and confirmed that WarnerMedia is “elevating HBO Max in the organisation and expanding its scope globally.”

Greenblatt and Reilly oversaw the launch of the streamer and Kilar thanked them “for getting us to this point with the integration of HBO and the legacy Turner Networks and launch of HBO Max.” Also departing is Keith Cocozza, EVP of corporate marketing and communications.

The most senior name receiving a new position is Andy Forssell, general manager of HBO Max, who will lead the newly created HBO Max operating business unit. Previously, HBO Max was included within the HBO segment of WarnerMedia, with this move elevating it to be a separate entity.

Forssell’s group will be responsible for all aspects of product, marketing and consumer engagement for HBO Max, along with its global rollout. The streamer recently acquired a raft of international programming ahead of its international expansion, while Johannes Larcher, MD of Middle East streamer Shahid, will join this month to oversee the streamer’s global growth strategy.

There are also a number of changes in regards to content, with Warner Bros. chair and CEO Ann Sarnoff leading a new studios and networks group, which combines original production and programming for its movies and TV output. 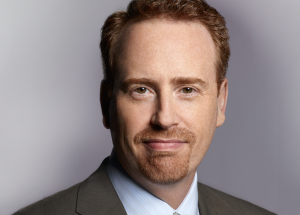 Current chief revenue officer Gerhard Zeiler will lead a new group made up of the international operations of Warner Bros., HBO and Turner Networks, which will “be responsible for local execution of all WarnerMedia linear businesses, commercial activities, and regional programming for HBO Max.”

Otter Media CEO Tony Goncalves, who appeared on stage at the reveal of HBO Max in 2019, will lead a new commercial unit, which combines US ad sales and distribution groups with home entertainment and content licensing.

Kilar justified the shakeup and layoffs, saying: “Simplifying our approach and narrowing our focus goes beyond, for example, having one content organisation vs two.

“These reductions are not in any way a reflection of the quality of the people impacted nor their work. It is simply a function of the above changes I believe are necessary for WarnerMedia and our collective ability to best serve customers.”

The changes are the latest major restructuring announced by US studios, where last week Comcast-owned NBCUniversal started the process of laying off around 3,000 staff as it puts its focus on streaming.