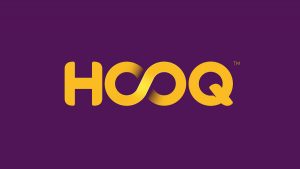 South Korean e-commerce company Coupang is reported to have acquired the software of Hooq Digital, the Southeast Asian streaming platform which went into liquidation in March.

Operating in India, Indonesia, Philippines, Singapore and Thailand, Hooq struggled to maintain returns in the face of market competition and widespread piracy.

The report comes from the Bloomberg financial news service, which says that Korean online retailer Coupang has already acquired Hooq’s assets, and that the liquidation process has been halted. However, it does not quote any company sources.

If true, the acquisition would represent growing consolidation in the region, following Tencent’s recent acquisition of pan-Asian streamer Iflix and reported plans to merge with iQiyi.

The Seoul-based Coupang, considered by many to be South Korea’s answer to Amazon, was founded in 2010 by CEO Bom Kim and has been rapidly expand its services.

It is backed by investors including SoftBank Group’s Vision Fund, BlackRock and Sequoia Capital and was valued at USD$9billion in 2018.