TBI understands his remit involves working to build strategic relationships for TikTok owner ByteDance across genres, including entertainment and sport. 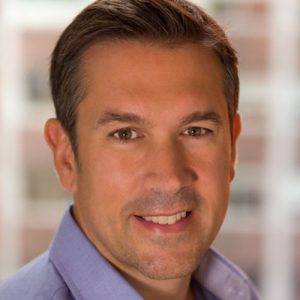 TikTok, which allows users to create and upload short videos set to music, comes amid surging interest in the social media app, with uptake soaring during the global Covid-19 pandemic.

Burns was most recently SVP of brand management & commercial at NBCU, with a remit across all commercial activities around owned TV content, including social media strategy, brand partnerships and licensing, and live events. He reported into Sarah Cooper, COO at NBCU International Television Production, who left last summer, as revealed by TBI.

Burns also left NBCU last year following a five year stint and before that had worked for Fremantle in the UK for a decade, latterly as commercial director. Prior to that, Burns was SVP of licensing and entertainment for the company.

His arrival at TikTok comes in the same week that Kevin Mayer, Disney’s head of direct-to-consumer and international team, revealed he was stepping down at the Mouse House to become COO of ByteDance and CEO of TikTok.

He will now report to ByteDance founder and CEO Yiming Zhang and will be responsible for driving the company’s global development of both ByteDance and TikTok.

The app was rolled out by Beijing-based tech giant ByteDance as Douyin in 2016, before launching internationally a year later as TikTok. Its popularity grew even further following ByteDance’s August 2018 acquisition of Shanghai and California-based lip-sync platform musical.ly, while its ability to attract young viewers is a key attraction for thos ein the content world.

Yesterday, Bloomberg reported that ByteDance’s valuation had increased to more than $100bn, as investors looked to cash in on its ability to attract both viewers and advertisers.