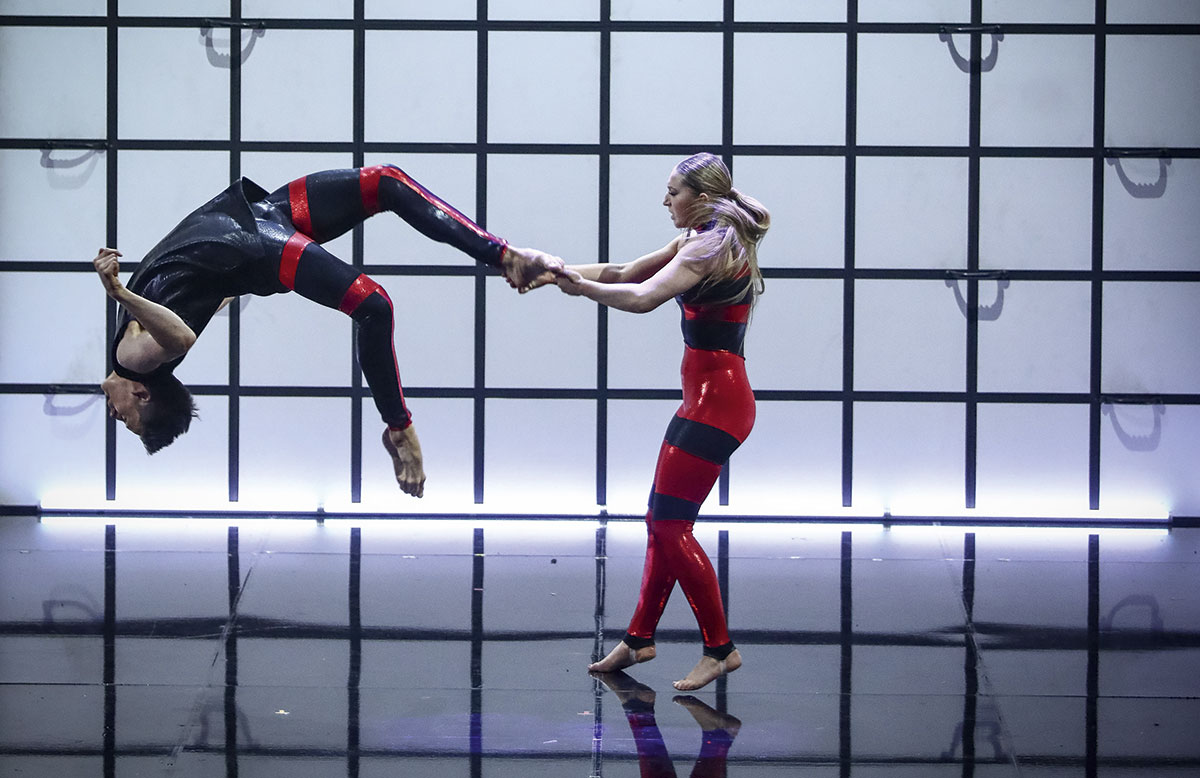 TikTok has become one of the most talked-about social media launches of recent years, but producers and broadcasters are still in the dark on how best to navigate it. Manori Ravindran explores the do’s and don’ts for those working with one of the world’s fastest growing apps

There’s a justifiable level of bewilderment about one of the world’s fastest growing social apps, TikTok, if you’re not in its key 16-24 year-old demographic. In the TV world, much of this is grounded in the fatigue of social media apps such as Snapchat and Instagram attempting, with mixed results, to evolve and penetrate the traditional ecosystem.

What execs ought to know, however, is that even if they don’t really get it, their target youth demo certainly does: in the US, around 60% of TikTok’s 26.5m monthly active users are 16-24s. And while indie producers shouldn’t build their businesses on the back of it, and broadcasters won’t double primetime viewership by leveraging it, some iteration of a TikTok strategy is, increasingly, a sound business idea. An estimated 500m global users is nothing to sniff at.

So, what is TikTok, exactly? Founded by Beijing-based tech giant ByteDance, the platform debuted in China as Douyin in 2016, before launching internationally a year later as TikTok. ByteDance grew TikTok even further following its August 2018 acquisition of Shanghai and California-based lip-sync platform musical.ly.

And music is at the heart of this uplifting platform that thrives on 15-second-long sketches, pranks and general LOLs, often set to buzzy tracks and speedily edited using the app’s masterful software. The platform’s famous ‘challenges’ and trends are concentrated around hashtags – a key navigational tool.

For example, one top trend at time of publication was #BasketballChallenge, in which a group playing basketball suddenly dances off court in formation mid-game. This trend alone has amassed more than 262m views. Other popular trends were #GetCrafting – “Crafting makes everything better, so #GetCrafting,” reads a promotional note by TikTok – while #VibeCheck, in which users are found preening or dancing, had 1.2bn views.

“It’s not YouTube, it’s not Facebook and – despite competing with Snapchat, which is also zeroed in on Gen Z – it’s not that, either,” explains James Conibear, a senior researcher with UK-based consultancy K7 Media.

“TikTok is its own beast, and TV professionals really need to understand that and approach it accordingly if they want to find true success on the platform,” he says.

One key criteria that is essential to understand is that a TikTok profile predicated on the direct migration of pre-existing clips and material isn’t going to work in the same way it does on Instagram, YouTube or Facebook. 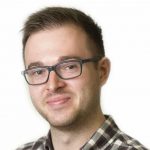 “It’s not YouTube, it’s not Facebook and – despite competing with Snapchat, which is also zeroed in on Gen Z – it’s not that, either. TikTok is its own beast. ” James Conibear, K7 Media

“While it’s possible to put clips on the service, posts that make a show, its star or broadcaster a part of the conversation would be wiser,” says Conibear. “You need to think of trends when you think of TikTok and what will bring views to your profile – you’re either going to start a trend or join an ongoing one.”

One example of a programme that has cut through on TikTok, cracking open the vast potential for the right kind of broadcast collaboration is BBC One’s The Greatest Dancer, produced by Fremantle’s Thames and Syco Entertainment.

Ahead of TX, the BBC commissioned Thames to produce all social content for the series, and drove a ground-breaking relationship with TikTok, which has slowly been gaining traction in the UK in the past year.

“The BBC understands the importance of talking to a younger audience that, inherently, the BBC doesn’t draw,” says Athena Witter, head of digital at Thames TV.

“With something like Strictly Come Dancing, it’s a historical programme but it’s an older audience, whereas with The Greatest Dancer, the whole point of it is that it’s playing in a different space, and contestants on the show include very, very young talent.”

Witter and her team used a mix of programme content – which includes direct clips as well as gifs – in addition to dance tutorials and challenges. The trend that caught fire, however, can be found on #BBCTGD, and features fans dancing alongside split-screen tutorials from the show’s dance captains Cheryl Cole and Glee’s Matthew Morrison. This was possible thanks to a TikTok feature that allows users to simultaneously create content while watching a video.

Thus far, The Greatest Dancer’s TikTok has drawn more than 35m views and has 44,000 followers.

TikTok’s marketing team will also give certain accounts a push via a promotional hashtag campaign if the content works well for its audience. “They’ll use their influencer pool that we can tap into and collaborate with,” says Witter, noting that working with talent who aren’t related to a show but have “good crossover” is all part of the overall strategy. 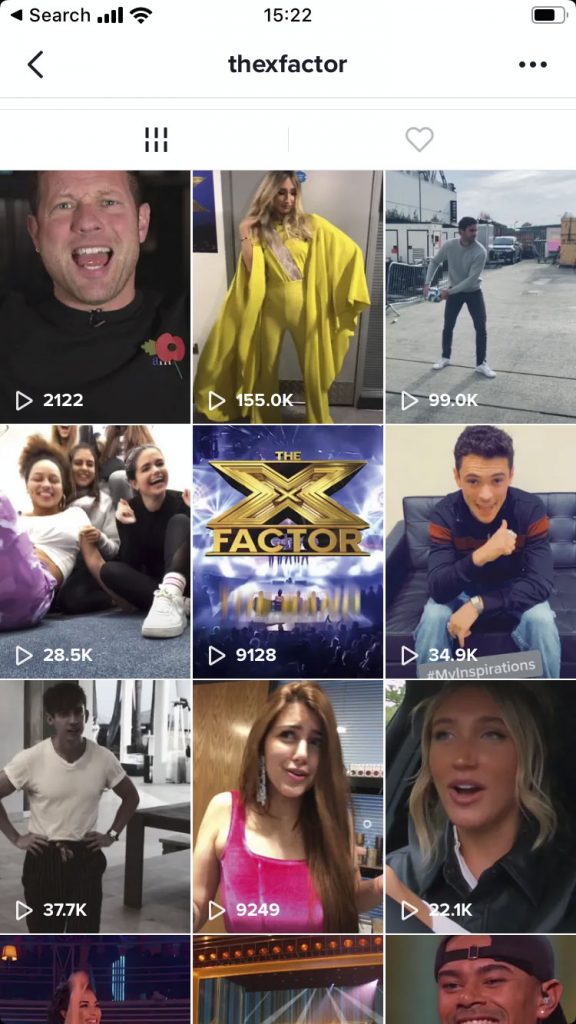 TikTok has been used by producers including Syco Entertainment and Thames

She adds that content doesn’t always need a TV sheen to work, and in fact, on platforms such as TikTok where authenticity is paramount, the more off-the-cuff, the better.

“In TV, everyone is really concerned about clip quality and the way something is filmed and cut, but with TikTok, you can do a lot of it on your phone, which is brilliant because [if we get] access on set, it means we can turn things out very, very quickly.”

Witter, who has also led social campaigns for The X Factor, has clear advice for those in TV looking to utilise the platform: be wary of music rights and don’t use the platform for two-way conversations with users.

“Any commercial music we would have filmed for [The Greatest Dancer] can’t be used because they don’t have the right clearances. You need a separate license and that can be really expensive, so everything we produce is either composed music or library music to avoid those issues around music clearances.”

“People might message us on the platform, but we don’t know how old they are, so we put some measures in where we’re not talking to anyone in a private inbox or using it as a two-way conversation because there are so many levels of sensitivity and it’s important we protect the younger audience.”

Certainly, regulation of the platform is an ongoing conversation for TikTok, which recently became the target of a national security review by US lawmakers, who are investigating ByteDance’s $1bn acquisition of musical.ly. There are also concerns that TikTok’s Chinese ownership is censoring politically sensitive and LGBT content on the platform.

One senior industry figure with knowledge of TikTok’s regulatory challenges tells TBI that the platform will need to take extra care going forward.

“When you compare TikTok to YouTube, the latter has a global set of community standards, whereas TikTok has gone with the local view of things, so there are varying restrictions.”

Stephen Adshead, founder of Spark Ninety, a consultancy focused on online video and advertising, says the final frontier for the fledgling platform will be monetisation – a model for which is still in its infancy.

“From a commercial perspective, there is not a clear monetisation route for third-party content publishers such as broadcasters and studios,” he says.

“That is a strong point of difference with YouTube, which is increasingly well monetised and offers a revenue share. The very short length of content on the platform makes a big difference; it is challenging to monetise content directly with video roll ads, so broadcasters and studios are not going to make meaningful revenue on the platform at the moment – but this might change in the future.”

Although TikTok doesn’t address studios’ commercial KPIs, says Adshead, what it can do is get their programme brands, talent and content in front of younger audiences.

“In the same way that YouTube is seen by many studio groups and broadcasters as a good marketing platform and they pump out free-to-view clips on YouTube, there is potential for TikTok to play a similar role in being a platform for engaging younger audiences.”

As for direct commissions? Greg Kampanis, GM of digital for the LA-based gaming firm Omnia Media, has been in talks with the platform as it looks to leverage social opportunities for its roster of brands, and recently asked the same question. 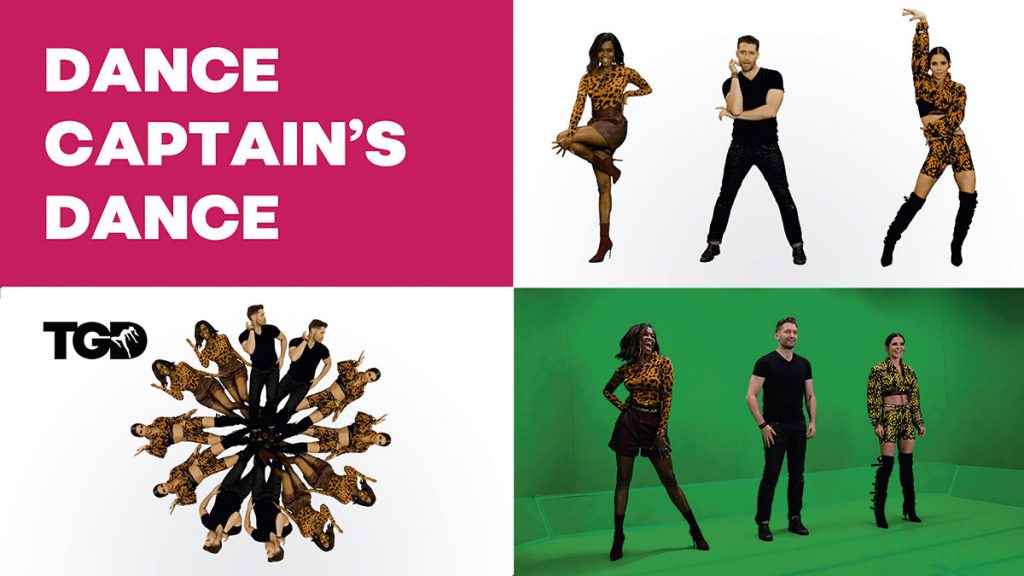 “I don’t get the sense that it’s a priority at all [although] that’s where all these platforms wind up, because at some point they can’t get the ad dollars they want at the scale they want with the type of content they have, and the only way they can get that is with more ‘professional content’. But they’re so early in their growth that I don’t think they’re there yet.”

For the time being, TikTok is best thought of as a straight marketing play, says Adshead, albeit one that will require a fair amount of innovation given the direct clip-migration simply won’t fly.

“TikTok requires creativity and experimentation on the part of broadcasters and studios to produce content that engages,” he explains. “And because a lot of it is about personality, they have to consider how to use that talent, which is quite complicated because often talent is doing their own thing.

“One of the real challenges for studios is getting to grips with how to leverage their programming assets and access to talent to get TikTok to work. It will be a process of testing and learning.”