ViacomCBS has made a slew of changes to the senior management ranks at MTV, Pop, Comedy Central, Nickelodeon and Smithsonian, with the latter’s president Tom Hayden among those departing.

Around 100 staff have been affected according to US reports, with Hayden set to leave the cablenet that he launched in 2006 in the coming months. He had previously been with Showtime, which he joined in 1989.

Sarah Babineau, head of Comedy Central content & creative enterprises, is also among other senior execs to be exiting, with Keith Cox, president of ViacomCBS’ Entertainment & Youth Studios, taking on her remit. 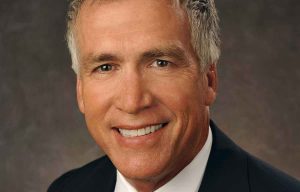 The latest departures are part of an ongoing restructure at the company, which was implemented following the recent merger between Viacom and CBS, and is part of a plan to save $750m over the next three years by merging its four branded groups.

These include music-skewing interests such as MTV and VH1, entertainment-focused entities including Comedy Central and Paramount Network, plus Pop and the Smithsonian Channel. The company has already restructured much of its international business, which included breaking its ViacomCBS Networks International (VCNI) group into two brand divisions and three pan-regional management hubs.

The latest US-focused changes were described by ViacomCBS’ Entertainment & Youth Studios president Chris McCarthy as the “final step” in the company’s bid to establish “one unified creative organisation.”

His memo to staff added: “To that end, we made the extremely tough decision to part ways with staff members across our teams. These changes were driven by two factors: shifting from cable to content, which is at the centre of everything we do; and moving from strong siloed brands to a powerful entertainment portfolio.”