The Covid-19-induced slump in advertising spending is set to have deep repercussions on the until recently booming AVOD market, leading analysts tell TBI.

AVOD had been touted as a major growth area for producers and rights owners but the Coronavirus pandemic has brought advertising spending to a screeching halt, leaving broadcasters such as ITV and Channel 4 in the UK scrambling to cut spending.

And the ad-supported streaming sector, including services such as ViacomCBS-owned Pluto TV and Tubi – whose $440m takeover by Fox Corp is in its final stages, is facing similar pressures as brands cut back on spend.

“Operators such as Tubi and Pluto will have some ad revenue pressures as forecasts predict a decline in overall advertising spend,” Aled Evans, senior analyst for media & advertising at Omdia, tells TBI.

“They need eyeballs and there are too many services chasing too few dollars,” adds Paolo Pescatore of PP Foresight. “There will be casualties.”

Reports have already emerged that on-demand services such as YouTube are seeing a decline in revenue per viewer. One source cited by Bloomberg said that the ‘cost per mile’ (CPM, the cost an advertiser pays for one thousand views or clicks of an advertisement) for the Google-owned operator had fallen by 8% amid the pandemic.

“Brands are reluctant to burn their limited cash reserves on ads,” says Danyaal Rashid, thematic analyst at GlobalData, “especially since this won’t stimulate demand in an economy shut down by non-market forces.”

Despite the less than rosy outlook for growth over the near-term, Omdia’s Evans says the AVOD sector is likely to recover.

“Pre-Covid-19, there was an expectation of rapid growth for AVOD. It is fair to assume that the decline in overall advertising spend is likely to result in lower growth for AVOD this year. However, we expect healthy AVOD growth to return in 2021 and 2022,” he says.

Pescatore tells TBI that the AVOD model remains “tough”, especially for newer services. “It might seem great at the outset in terms of gaining new viewers, however, making it sustainable is no easy feat. Others have tried and failed. A diversified business model will always prevail.”

While AVOD might be feeling the squeeze, the implications of Covid-19 on the ad-supported TV industry remains grim. Rashid says it is having a “devastating impact”, and even though broadcasters may be experiencing higher viewing numbers, their bottom lines are being hurt by falling ad revenues.

“We don’t think the pressure on AVOD ad revenues are comparable to the impact on ad-supported linear TV,” agrees Evans.

“AVOD’s such as Tubi and Pluto don’t have the same reliance on fresh programming and live events (such as sport) as many linear TV channels. The absence of major sports events, such as the Tokyo Olympics and the European football championships, due to postponement, and series production being halted due to the pandemic, means that ad-supported linear TV is likely to see a larger negative impact on ad revenues.” 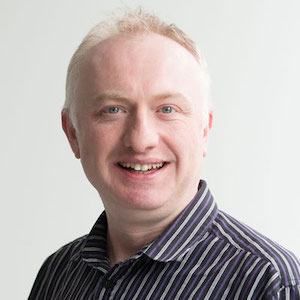 A ‘turning point’ for TV

For SVOD, the prospects are brighter. “While TV broadcasters are struggling, streaming services have been doing very well,” says Rashid. “This could be a turning point in the TV industry, with a significant pivot towards streaming. The revenue of subscription-based streaming platforms such as Netflix will remain unaffected by cuts in TV ad spending.”

That’s reflected in the share price of Netflix, which earlier this week saw its market cap surge above Disney’s for the first time ever, and Pescatore agrees that the future of SVOD “remains rosy.”

However, he points out that “all services will struggle in about 12 month’s time with a lack of new blockbuster hits due to social distancing and stay at home rules. The return of live sport will provide some with a much needed boost to the ad landscape, with users tuning into linear TV.”

And despite AVOD’s stunt in growth, the flurry of new services could also dent SVOD’s ongoing expansion, Evans adds.

“As more AVOD services launch (and rollout internationally) there is likely to be an impact on viewing and subscriptions for some SVODs.

“We’ve already seen subscription fatigue as some consumers find they have too many SVOD subscriptions; the additional choice offered by more AVOD services will contribute to this. The recent closure of Hooq in Southeast Asia is an example of the pressure on parts of the SVOD market – and AVOD is likely to be contributing to this increased market pressure.”