Show of the week: Bloodlands 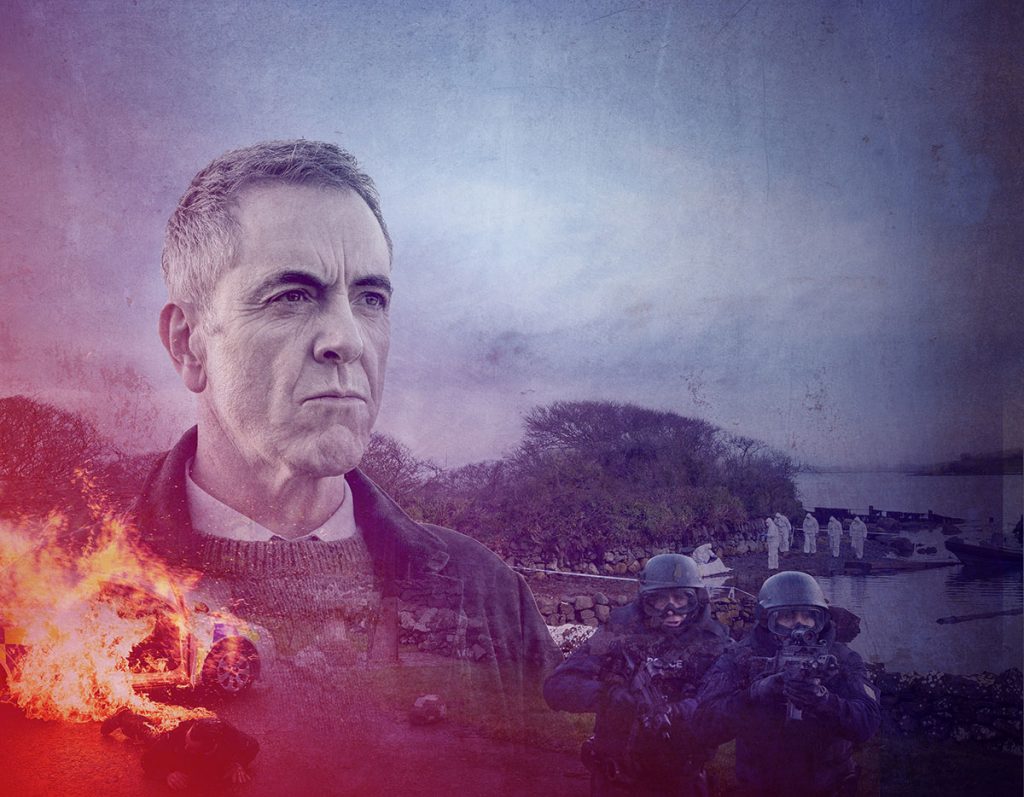 This gritty four-part crime thriller, set in Northern Ireland, is from emerging talent Chris Brandon – best-known for adapting Rock Creek Park for TV – and the mercurial Jed Mercurio of Line Of Duty and Bodyguard fame.

The BBC One four-parter is from Hat Trick Mercurio Television (HTM Television) and stars James Nesbitt (The Missing, Cold Feet) as veteran detective Tom Brannick, who links the case of a car pulled from the sea to an infamous cold investigation about a series of mysterious disappearances that hold enormous personal significance to him.

As Brannick wages an obsessive campaign to unmask the person responsible, his journey leads him into his own dark past and that of his country.

“This is, at its heart, a universal story of what we will do for love when faced with extreme circumstances,” Brandon tells TBI. “Not all decisions will be the right ones, which gives us our conflict, and in a place where family strife and family loyalty are all, then larger themes of truth and justice become natural bedfellows to simpler impulses. In other words, what it is to love, and protect those that we love.”

In this story, says Brandon, the setting casts an imposing shadow and is almost as much a character as Brannick himself.

“The series is set in rural Northern Ireland – specifically around the beautiful Strangford Lough and its archipelago of small islands – but Belfast does feature within the story,” he explains. “The city looms like another character; the distinctive shadow of its industrial past like the inescapable spectre of a land’s history – and yet it too is changing; modernising for a forward looking and optimistic Northern Ireland.”

Brandon praises the input of veteran writer Mercurio, who exec produces, and highlights the opportunity of working alongside him. “One of the many things Jed brings to the series is his wealth of experience, but where that has been uniquely useful to me is in the writing,” he says.

“I was a big fan of Jed’s work before we started on Bloodlands and to have had the opportunity to go through the storytelling process with him, to understand where a story can be improved and how to get the most from an idea, has been a fantastic opportunity,” said Brandon.

“With Line Of Duty and Bodyguard, Jed has set the standard for the modern thriller and Bloodlands will be a thriller in that mould, so tension building is very much the name of the game.”

Sarah Tong, director of sales at Hat Trick International, which has picked the series up for distribution, adds that she foresees a great deal of global appeal for the series. “There is a large demand for strong, high quality, returnable dramas, with great writing and exciting storylines. Bloodlands has it all and so we are optimistic it will do well.”

Distributor:  Hat Trick International
Producer:  HTM Television in association with Northern Ireland Screen
Broadcaster:  BBC One (UK)
Logline: A veteran detective journeys into his own dark past as he tries to solve a cold case