TBI Weekly: Six takeaways from a week with Covid-19

It might feel like you’ve been stuck indoors for months but for most readers outside of Asia, this week has been the first in which the deep impact of Covid-19 has truly started to be felt. So what have we learnt so far?

M&A is on hold

Whereas the impact of the 2008 credit crunch took several months to filter through, the impact of Coronavirus has been almost instant. The global economy might or might not be heading for recession but either way, companies are hedging their bets and holding off on any sort of debt-fuelled activity.

Confidence has plummeted and that means M&A is largely off the table. Nordic Entertainment Group (NENT Group) today suspended the sale of its non-scripted production arm – and cut its programming and production spend, pushing pause on its plans to focus purely on scripted product for the time being, at least.

For the unscripted side of NENT Studios – 32 companies across 17 countries, remember – such as Strix, Baluba, Monster Entertainment and Novemberfilm, that leaves a giant cloud of uncertainty.

NENT’s decision came a week after TBI broke the news that ProSiebenSat.1 had similarly chosen to ditch its planned sale of production and distribution arm Red Arrow Studios amid what it termed a “Coronavirus crisis environment”. Some have suggested an inflated price tag had more to do with the decision, but either way, the HQ for the Love Is Blind producer remains in Germany for the foreseeable future.

There is of course an exception: Fox’s acquisition of AVOD streamer Tubi. The deal, which was already well along in the process before the impact of Covid-19 was felt, could be yet another bit of masterful timing from a Murdoch, as a locked-down, cash-strapped global audience looks for an economically efficient mode of entertainment.

Development is as affected as production

Hundreds of series have now been impacted by the global spread of the virus, with Amazon’s big budget Lord Of The Rings adaptation paused earlier this week, joining a raft of other postponed productions, with companies ranging from Marvel Studios to BBC Studios taking time out.

But speaking to producers and distributors, it’s clear that development is also being impacted, something that NENT noted in its statement earlier today, explaining that it would reduce its programming and production spend but also defer or cancel “any non-core or non-essential development projects.”

Declining confidence and sheer uncertainty around when existing, part-produced shows might be completed means there are few development dollars to be had. TBI has spoken to several producers who have been all-but-set to start production or development in earnest, only to have been left high and dry as financing fails to get signed off. Longer term impacts are of course inevitable. 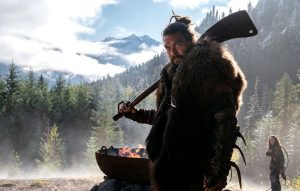 Government support is now a demand

For an industry made up largely of freelancers and contractors, who feel the pinch as soon as they stop working, government support is a necessity.

They have launched an industry-wide survey to find out the true ramifications of the virus so far, as have Telefilm Canada, the Canadian Media Producers Association and the National Film Board of Canada, which are among a group of Canuck audiovisual organisations that have united to form the Covid-19 Production Industry Taskforce. Numerous shows, including Apple TV’s See are produced in the country.

Over in the US, the International Alliance of Theatrical Stage Employees (IATSE), a union body representing 140,000 people working in TV and film production, said it had approved a $2.5m donation to support entertainment charities – with 120,000 job losses expected.

Meanwhile, the European Producers Club (EPC) – made up of 100 independent film and TV drama production companies – has published a 10-point plan to limit the impact of the Coronavirus on the continent’s audiovisual industry. 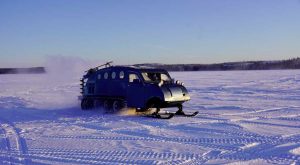 An ‘in the can’ do spirit

There is plenty of doom and gloom, much of it justified of course, but chinks of opportunity are emerging.

Not least, producers who have access to archive material have suggested they will be able to continue and complete some of their productions. Animators are also in some cases able to continue their work, while others are greenlighting programming.

UK-based producer and distributor TCB Media Rights today unveiled two more original factual titles, one of which has been pre-sold to the UK’s Channel 4.

Hitler’s Supercars (1 x 60-minute), from Wiser Films, and Extreme Ice Machines (8 x 60-minutes), from Canadian producer Architect Films, are both now in the works – a remarkable achievement given the fact TCB is also in the midst of negotiating its way out of the Kew Media Group mess.

“It is right now that channels’ offerings need topping up or gaps filled, so as a factual distributor we have a hugely focused marketing job to do,” says Paul Heaney, founder and CEO of TCB. “We will take on and share the precise challenges that our clients are facing and help them solve their potential problems.” 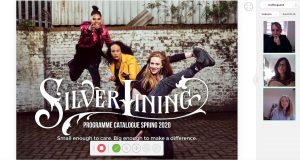 Virtually the same, or even better

Numerous companies have taken planned face-to-face meetings online, with ArmozaFest from the ITV Studios-backed Israeli firm and Red Arrow among those moving planned MIPTV schedules into the virtual world.

Bethan Corney, MD, co-production broker and head of originals at UK-based distributor and financier Silverlining, is two weeks in on her company’s online strategy. And the results have been positive.

“Video meetings are more relaxed and frequently more rewarding,” she says. “It’s a far cry from 15-20 half-hour meetings in a day at the market, where one catalogue may blur into another for buyers. Here, there is less fatigue. The sales team are less pressured to cram a snapshot of the new slate into a rushed catch-up – instead, you have time to take in buyer feedback, which has, by and large, been clearer and more frank amidst less distraction and pressure.”

Free on the up, but likely pain for pay TV

Broadcasters and streamers have been adapting as quickly as feasibly possible – adapting schedules and bandwidths, the latter in the case of Sex Education SVOD Netflix.

But the wider takeaway is clear. Streamers will likely benefit from the captive audiences, at least in the short-term, but the the likely financial hardship to come, as economies battle to remain buoyant, could prove problematic pay TV and the multitude of new and yet-to-launch SVOD outfits.

AVOD players such as Tubi and Pluto, which both have large content libraries, have experienced a rise in viewing but it’s not just about the audiences. Ad-supported streamers can also attract brands looking to increase their digital spends, offering services such as food delivery, for example. However, brands also cut discretionary ad spend because of economic woes, especially where product supply is unable to fulfil demand.

“We are expecting some ‘cord-shaving’ as pay TV customers cancel costly channels and use add-ons in favour of less expensive packages,” says Maria Rua Aguete, exec director at analyst giant and TBI sibling Omdia. “There will likely be fewer new subscribers too, prompted by economic fears and a reluctance among consumers to let installers into their homes, creating further barriers to new additions.”