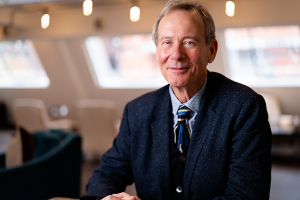 Directors UK, which represents 7,000 British screen directors, has called on the government to offer urgent financial support to freelance industry workers as productions shut down across the country.

In a letter to UK Chancellor Rishi Sunak, the association’s CEO Andrew Chowns highlighted the impact of the Coronavirus pandemic on freelance and self-employed workers in the TV and film industries and asked him to consider further emergency measures.

“The nature of the UK production industry means it is a collaborative activity with crews working on locations that require travelling around the country and often overseas, interacting with one another and members of the public.

“This nature of working is directly contradictory to government advice to limit social interactions, work from home and self- isolate as necessary in order to safeguard public health.”

Chowns further explained that the impact of Coronavirus on the production sector has been “immediate and acute” with productions being shut-down on a daily basis as it is almost impossible for them to continue under current restrictions.
He added that the association anticipates almost all non-news production activity in film and TV will have to cease within days.

“These are unprecedented times and many of our directors and their crews are facing long periods of time without work. As self-employed freelancers they are not able to access many of the benefits and support available to employed workers,” wrote Chowns.

“We welcome the emergency measures you have introduced to support small businesses, which should help those production companies that hire our members,” he continued, adding: “We are, however, expecting that this support will not flow through to the freelance workers who provide the production resource for these companies, so there is now a critical need for similar emergency support measures to be introduced for self-employed workers who are worried, not just about losing their current work, but at the prospect of facing months without income as productions are suspended longer term and, for some smaller productions, indefinitely.”

To remedy the situation, Directors UK is advocating the introduction of a form of income support proportional to the freelancer’s most recent average income.

“We think this would mean that other reliefs and benefit adjustments would not be necessary and that a form of basic economic stability could be maintained while the outbreak is dealt with,” said Chowns, adding: “We would also urge you to make it possible for freelance and self-employed people to access the same level of sickness pay and protection as is available to all other citizens.”