Show of the week: Kate & Koji 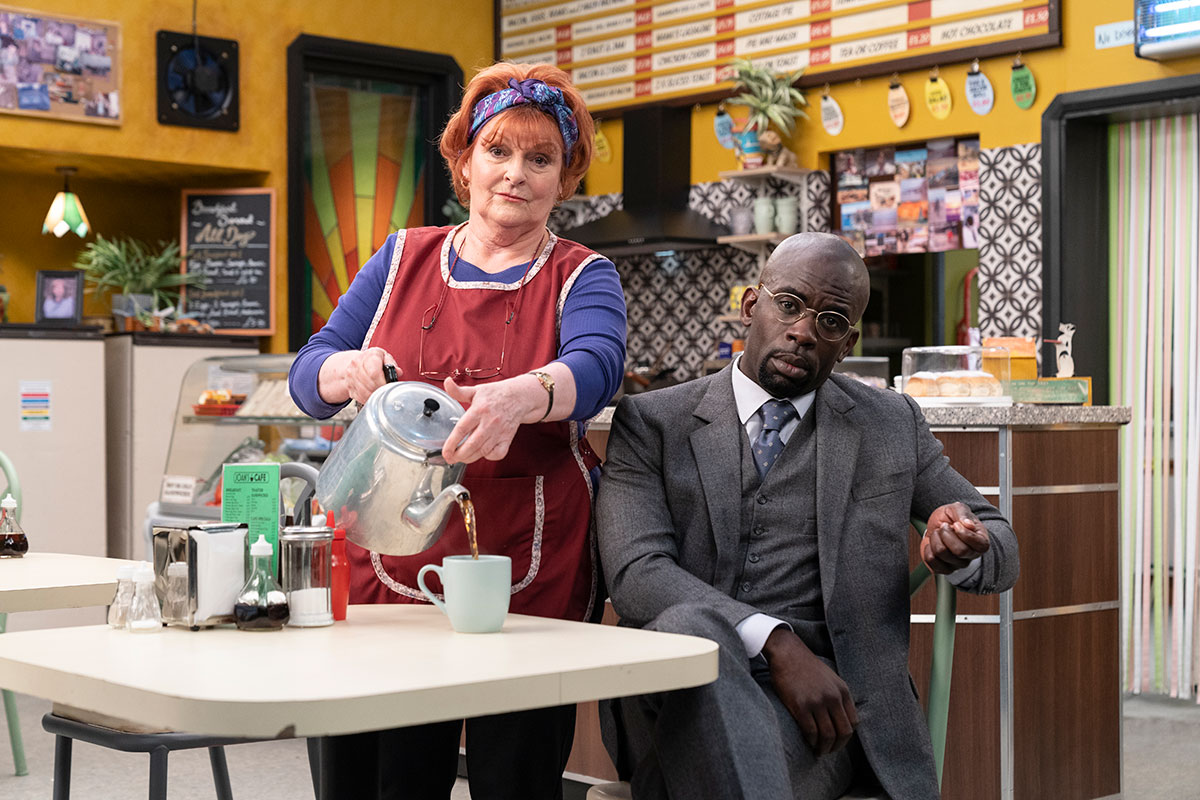 This British sitcom has been co-written and produced by Drop The Dead Donkey scribes Andy Hamilton and Guy Jenkin. It follows the “sparky friendship” between a white, working class seaside café owner and a refugee African doctor, played by Brenda Blethyn (Vera) and Jimmy Akingbola (Holby City) respectively.

“Both Brenda and Jimmy have a gift for being both funny and natural,” enthuses Hamilton. “They also give their characters – ordinary people – huge presence and charisma, which means you want to spend time in their company.”

The 6 x 30-minute series is a Hat Trick production for ITV, filmed in front of a live audience. Hamilton says that the comedy is “outwardly” a traditional multi-camera sitcom, but that it explores themes that feel extremely current.

The show developed from discussions about how “working-class female characters are so rarely allowed to be funny on TV” and the desire to create a character who was an asylum-seeker, but not a victim.

Hamilton also adds that “for once, working-class characters are allowed to express ideas and thoughts about the outside world and not be constantly anguished because they’re being besieged by ‘issues’.”

With the recent success of the Gavin & Stacey revival on BBC One in the UK at Christmas, comedy has proven that it can still claim large audiences. It has also prompted questions over whether the genre is due a renaissance.

“We have been asked this question many times over various decades,” says Hamilton, “and the truth is that the appetite for original, well-made comedies with strong characters does not go away. It is just a question of making shows that are good enough to stimulate that appetite.”

Comedy, however, is notoriously tricky to sell globally. So how will Kate & Koji appeal around the world?

“It is very hard to predict where comedy will work, and which countries will find a particular show funny, or not,” admits Sarah Tong, director of sales at Hat Trick International.

“The British sense of humour isn’t always popular abroad. However, we are confident that as Kate & Koji has universal themes and is a down-to-earth and genuinely amusing series for all the family, it is something that many viewers will be able to relate to and will find funny wherever or whoever they are!

“It also helps that it extremely well-written and features award-winning and popular talent that channels or platforms can plan their marketing around.”