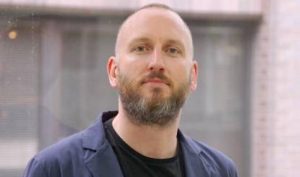 MGM has continued to ramp up its recently minted UK unscripted team by appointing Primal Media’s Paul Evans to head up development.

Prior to that, he had spells with producers including Studio Lambert, Lime Pictures and ITV Studios, as well as BBC Studios and US-based Gunpowder & Sky.

Evans’ hire comes four months after MGM set up an unscripted arm in the UK and appointed former Channel 4 and BBC exec Dom Bird to run it. MGM International Unscripted Content is based out of London and will develop existing formats locally, as well as creating original UK-based ideas.

He reports into Bird, MGM’s SVP of international unscripted TV, who described Evans as “a true creative thinker and talented development leader” who would enable the company to “approach broadcasters and all platforms with an exceptional development capability.”

The focus on unscripted came after MGM promoted Poznick to lead unscripted and alternative television earlier this year, as it expanded from its foundations in reality.