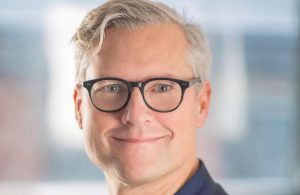 MGM Television is setting up an unscripted arm in the UK and has appointed former Channel 4 and BBC exec Dom Bird to run it.

MGM International Unscripted Content will be based out of London and will develop existing formats locally, as well as creating original UK-based ideas.

Bird, who reports into MGM’s president of unscripted and alternative TV Barry Poznick and EVP of global formats and unscripted Scot Cru, previously headed up formats at the UK’s Channel 4 and was also creative director at the BBC’s entertainment arm. He has also worked with Mark Burnett, chairman of MGM’s Worldwide Television Group.

Burnett said: “I’ve known Dom for more than 15 years. He has a keen understanding of how to build great shows that relate to audiences worldwide. The UK is a very important market for MGM and I’m excited that Dom will be leading our charge of unscripted content.”

Bird greenlit shows at Channel 4 including Hunted, Lego Masters, Seven Year Switch and Celebs Go Dating, while he was attached as exec producer on the UK version of Dragons’ Den for the BBC.

The changes come after MGM promoted Poznick to lead unscripted and alternative television for the business earlier this year, as it expands from its foundations in reality.