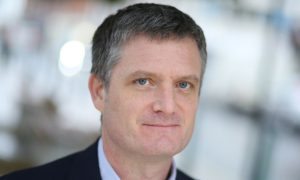 MGM Television has further expanded its unscripted interests by appointing the co-founder of All3Media-backed Two Halves Pictures into a new London-based role.

Bedser launched Two Halves with Gina Cronk in 2016, with All3 backing the company the following year. It is understood the company has now been closed.

Prior to that he worked with Mark Burnett, MGM’s Worldwide Television chairman, on shows including The Bible for History, and has also had stints at LightWorkers Media, the prodco owned by Burnett and Roma Downey.

Bedser’s hire comes three months after MGM set up an unscripted arm in the UK and appointed former Channel 4 and BBC exec Dom Bird to run it.

MGM International Unscripted Content is based out of London and will develop existing formats locally, as well as creating original UK-based ideas.

Those changes came after MGM promoted Poznick to lead unscripted and alternative television for the business earlier this year, as it expands from its foundations in reality.

Poznick said: “Richard is a prolific producer whose knowledge and experience working in both the US and UK markets will be invaluable to us as we continue to expand MGM TV’s unscripted footprint internationally.

“He has a proven track record in creating powerful and commercially successful documentary series and specials across multiple networks, and we’re excited to launch our new international docs division under his stewardship.”

Burnett added: “Roma and I are delighted that Richard has re-joined us. Every time we’ve worked together it’s resulted in critical and commercial successes and we know that’s about to happen again in an even bigger way.”