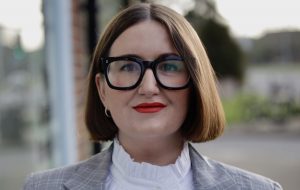 McArdle has been tasked with driving Twofour and Boomerang’s factual entertainment, formats and blue chip factual programming slate. She joins from Sony-backed prodco Electric Ray, where she spent four years as development lead.

Her credits include My Million Pound Menu for BBC Two in the UK and Netflix globally, Channel 4’s Alone At Home, and upcoming daytime series Call That Hard Work for BBC One.

Carter said: “Natalie has always stood out for me as a rare, quirky, and original thinker; she’s someone who knows her way around big ideas that resonate and I’m chuffed to bits we’ll be working together again.”

Dan Adamson, MD at Twofour, added: “I am delighted that Natalie is joining us as we embark on a really exciting new chapter for Twofour. Her creative reputation speaks for itself and I know she’ll bring a real energy and enthusiasm to the company.”

Twofour has been restructuring over recent months following the departures of bosses Melanie Leach and Andrew Mackenzie, who are setting up ITV Studios-backed venture South Shore Entertainment.

Carter – most recently MD of MultiStory Media (formerly Shiver) – now leads both Twofour and MultiStory as CEO, with both businesses maintaining separate teams and identities.

Meanwhile, Dan Adamson, group director of programmes at Twofour since 2010, has been promoted to MD and will work alongside Brindley across the label on strategy.