TBI Weekly: Why companion podcasts are the new switchover programmes 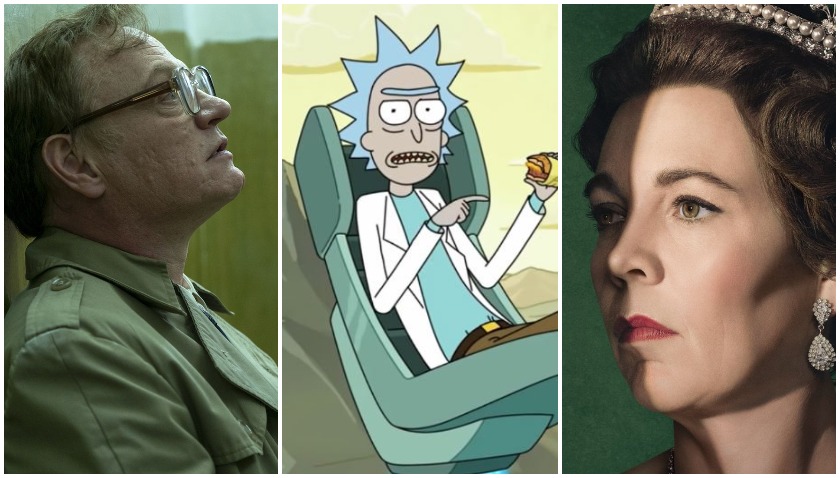 Chernobyl, Rick And Morty, The Crown

Tim Hammond, executive director of audio production giant Listen, says companion podcasts – which generally provide a deep dive or behind-the-scenes look at an episode – are now considered a cheaper, more effective way of expanding a brand’s footprint, with channels and platforms such as the BBC, ITV and Netflix directing audiences to podcasts rather than pricey “switchover” programmes.

“You used to go to the digital sister channel after a live event, but the idea now is to go to a podcast instead,” says Hammond. “Often those switchover shows were too expensive to make for the size of the audience they gained, so in steps the podcasts to fill that gap.”

Listen, which recently acquired Hammond’s previous firm Wisebuddah, is now in “constant conversation” with broadcasters and producers around the idea of “sister shows or brand extensions for existing TV pieces”.

“It gives the TV producers – scripted or non-scripted – the ability to keep that water-cooler moment during the week when a show isn’t on TV, or take a deep dive behind the scenes and tell a different story,” says Hammond.

The business is currently working on a scripted spin-off podcast for a big scripted programme that will be “properly cross-platform”, adds the exec. “What is known as a TV brand will also be an audio brand as well, and not in a documentary ‘let’s go behind the scenes’ type of way, but actually in another scripted piece.”

Companion pieces have grown in popularity in recent months, bolstered by the success of accompanying podcasts for programmes such as HBO/Sky co-production Chernobyl, in which writer Craig Mazin discusses each episode of the Emmy Award-winning drama with journalist Peter Sagal. Mazin heavily promoted the podcast on social media while Chernobyl was airing, directing fans to the podcast. He is now hosting another three-part podcast for HBO series Watchmen with creator Damon Lindelof.

Meanwhile, earlier this week, Netflix released a companion podcast for its third season of The Crown. In The Crown: The Official Podcast, host Edith Bowman discusses the new Olivia Colman-fronted season with creator Peter Morgan and other special guests. The streaming giant has previously released companions for original series such as Stranger Things, Orange Is The New Black and Wormwood.

According to Ofcom data from September, around 7.1m in the UK now listen to podcasts each week – an increase of 24% over the past year and more than double over the past five years. Ofcom also notes that half of listeners have joined the podcast wave in the last two years.

Hammond agrees there has been a “moment in audio production that has been building” in the past year.

“Six or 12 months ago, trying to get interest from anywhere about podcasting was really, really tricky because [businesses] still wanted to talk about TV and screens, but right now, podcasts are becoming a thing to talk about because broadcasters are beginning to understand the creativity behind it and the potential to commercialise the sector.”

Increasingly, clients are earmarking podcast funding in their budgets, “rather than a last-minute add on”. “That’s part of the creative mix up front,” says Hammond.

The trend comes as the industry slowly begins to move on from the idea that podcasts automatically equate IP for linear content. In reality, the podcast-TV crossover potential is – at least currently – extremely rare, and limited to the likes of Bravo/Netflix’s Dirty John and Amazon’s Lore and Homecoming.

Mike Newman, head of UK partnerships for Audioboom, which helps businesses monetise podcasts, says that while IP for TV is “often talked about”, the reality tells a different story “in comparison to the amount of podcasts out there”.

“There are 700,000 podcasts on the Apple store now, and [a handful] of successful crossovers. Not that it’s not happening, but it’s not going to be a huge part of the podcasting future.”