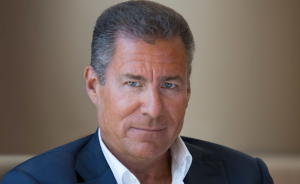 Former HBO CEO Richard Plepler, who left the US cabler in March, is close to agreeing an exclusive production deal with Apple TV+.

The pact would see his New York City-based prodco, RLP & Co, create original content for the streamer, which launched at the start of the month.

The deal is being led by Apple TV+ video chiefs Zack Van Amburg and Jamie Erlicht and could be closed in the next few weeks, according to the Wall Street Journal, which broke the news.

Plepler, who is widely admired among industry execs and creatives, abruptly stepped down from HBO after almost three decades earlier this year following the acquisition of its parent company Time Warner by AT&T.

He had been thought to be a potential leader for the new WarnerMedia division, made up of units including HBO, TNT, TBS and Cartoon Network, as well as streamer HBO Max. But tensions emerged between himself and WarnerMedia CEO John Stankey, and the job was ultimately taken by Bob Greenblatt, the former NBC Entertainment chief executive.

Apple launched its TV service to mixed reviews last week, with four of its headline original drama series already extended into second seasons. See, For All Mankind and Dickinson have all been renewed for second seasons, with The Morning Show receiving a two-season commission from the outset.

The long-awaited service is available in more than 100 countries and is priced at $4.99 a month, following a seven-day free trial.

Yesterday it emerged that Apple TV’s head of current programming, unscripted and documentary Kim Rozenfeld would be leaving the company.