BritBox UK launches with Channel 4 and distribution deals in place 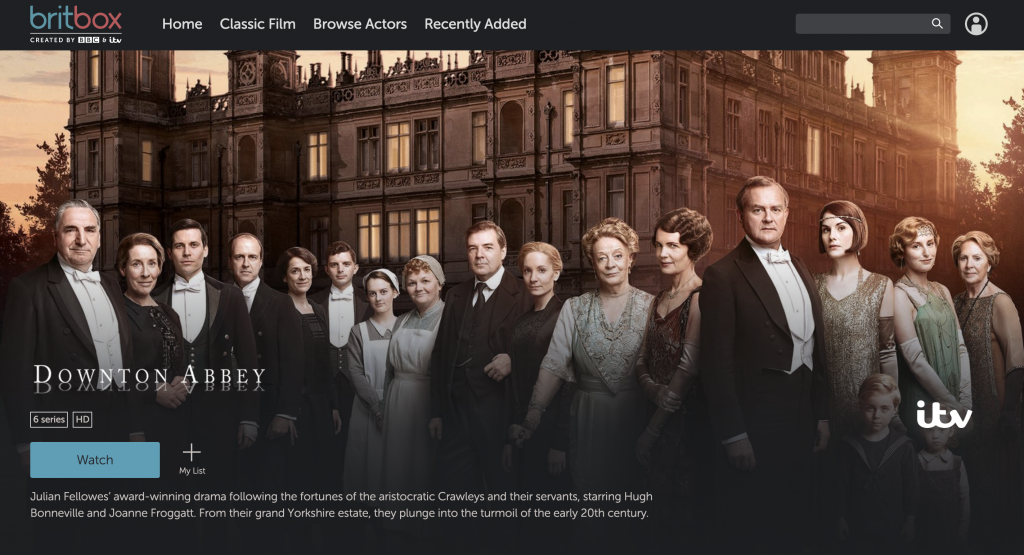 Channel 4 has joined the BBC and ITV’s joint streaming service BritBox as it launches in the UK almost nine months after plans were first confirmed.

The fledgling platform has struck a three-year deal with C4 for more than 1,000 hours of content from catch-up service All 4, including comedy, drama and non-scripted programmes, as well as feature films from Film 4 – a deal that marks the first streaming play for the film channel. All new series will be available 31 days following transmission of the last episode on C4.

While BritBox launches with BBC and ITV content today (7 November) – offering a 30-day free trial ahead of a £5.99 ($7.50) per month subscription – All 4 content will launch on the service only in the spring, with Film4 following later in the year.

Channel 4 CEO Alex Mahon said that “in a world of almost unlimited choice, our public service brand values are more important than ever for viewers. The opportunity to collaborate as PSBs on BritBox extends our track record of partnership and will ensure there is a compelling single destination for the very best high quality, home-grown content.”

That deal covers factual and entertainment content from Channel 5, and British comedies from Comedy Central UK. Programming from the former can migrate to BritBox following a 30-day catch-up window on VOD service My5. However, Channel 5 dramas are not included in the deal.

“The new battleground quite often in streaming are shows like Friends, which are over 20 years old,” she said.

The exec added that the catalogue will be bolstered by exclusive series and shows commissioned specially for BritBox.

The new battleground quite often in streaming are shows like Friends, which are over 20 years old.

Sakaan – whose platform will need to compete with Netflix’s basic £5.99 plan in the UK – said the offering is “super competitively priced” and will grow every day as shows move out of their broadcasting catch-up windows and drop on BritBox.

The exec admitted that uniting the BBC, ITV, Channel 4 and Channel 5 has been “no mean feat”, telling the programme that “We’ve had to work really, really hard to pull the PSBs together.”

On the distribution side, BT has boarded BritBox as a partner to create a “range of products and offers” that feature access to BritBox across its brands and services, while EE will be the exclusive mobile partner for the service.

Elsewhere, Samsung will be the first TV to launch the BritBox app and has also struck a co-marketing partnership that will see BritBox featured as a “recommended app” on Samsung smart TVs.

The service, whose logo reads ‘Created by BBC & ITV’, has an array of content offerings, with a main menu featuring classic films – organised, for example, under ‘The David Lean Collection’ or ‘British WW2 Classics’ – as well as a ‘Browse Actors’ option that curates content according to major talent such as Olivia Colman, Lennie James, Damian Lewis, David Attenborough, Hugh Bonneville, Mark Gatiss and Keeley Hawes.

With an interface mimicking that of Netflix’s, content is neatly organised in collections such as ‘Watching the detectives’, ‘Thrill me: TV’s best thrillers’ or ‘Made in Yorkshire’, with all content distinctly and recognisably British. The service was first beta-tested among ITV staff over the summer, as revealed by TBI. 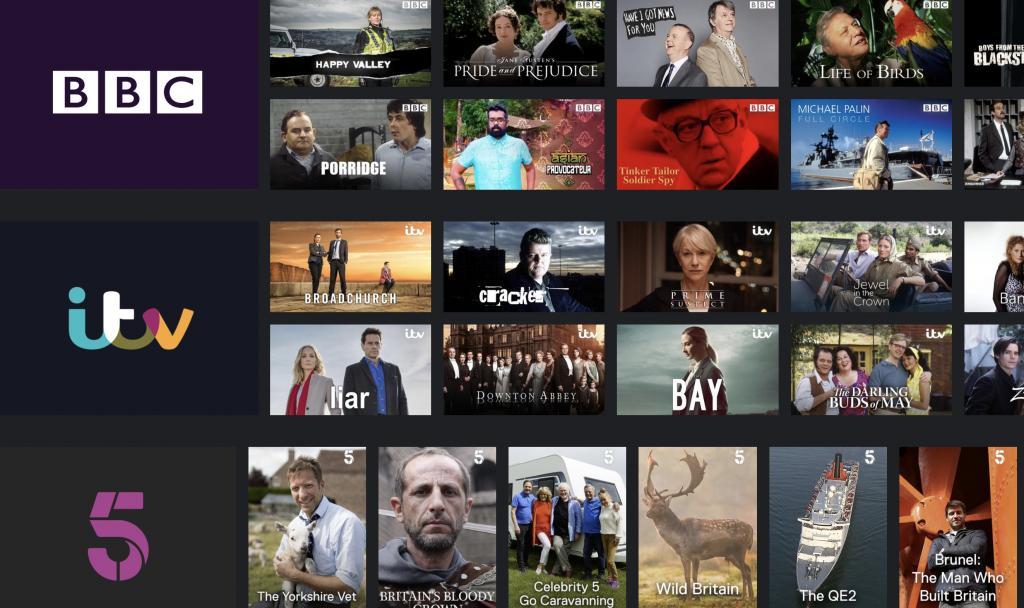 The service boasts the largest collection of British boxsets in one place, including all six seasons and specials of Downton Abbey, all three seasons of Broadchurch, seven seasons of Only Fools And Horses, three seasons of Gavin & Stacey and all seasons of Love Island.

There are also curated collections of content from personalities such as Sheridan Smith, Samson Kayo and James Nesbitt.

In the next six months, BBC will launch seven seasons of The Great British Bake Off on the service, as well as Les Miserables and The Split, in addition to The Office, Happy Valley and Doctor Foster.

Other exclusives set to launch include the Ann Dowd-starring new drama Lambs Of God, as well as two never-before-seen episodes of Midsomer Murders (s20, episodes five and six).

It is also believed that a number of natural history programmes from the BBC Earth portfolio that are currently on Netflix could end up on the service from next month. Around 13 titles, including Blue Planet II and Planet Earth II, are coming off Netflix in early December.

Meanwhile, all seasons of classic Doctor Who, broadcast between 1963 and 1989, will land on the platform from 26 December onwards.