As far as ‘will they won’t they’ takeover stories go, Banijay Group’s courtship of Endemol Shine Group has been a classic.

The Vivendi-backed French firm, already fattened up by its acquisition of Zodiak Media in 2016, emerged as a frontrunner for ESG last year but it took 12 months of pushing and pulling before it finally got its deal for the Peaky Blinders over the line on Saturday.

Talking to execs at MIPCOM earlier this month, it became clear that if Banijay could get close to what they considered a reasonable price, the desire for ESG’s 120-plus production labels and its 66,000 hour catalogue was clear. With a deal – understood to be in the region of $2.2bn – now done, just what is being created and who is behind it all?

ESG was previously owned by US-based investment firm Apollo Global Management and Disney, the latter of which acquired its stake after buying 21st Century Fox assets earlier this year. The combined Banijay-ESG group will now be controlled by French duo LDH (67.1%) and Vivendi (32.9%): LDH is a holding company backed by Financière LOV (52%), the investment firm of Banijay chairman Stéphane Courbit, which also counts Italian group De Agostini (36%) and French finance group Fimalac among its investors.

The acquisition is being financed through a capital increase of Banijay and “committed debt financing”, which includes a refinancing of the French firm’s existing debt and that of Endemol Shine. That process is being supported by Deutsche Bank, Natixis and Société Générale.

Once the deal is formally closed, the combined group will create the world’s largest production company outside of the US studios. Banijay will own almost 200 production companies in 23 territories and the rights for close to 100,000 hours of content. Total revenue of the combined group is expected to be approximately €3bn ($3.3bn) for the year ending December 31, 2019. 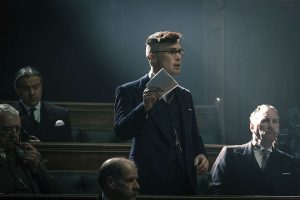 It is somewhat fitting that the travails of this deal could themselves become a beguiling, engaging drama of sorts – although admittedly one with limited appeal outside of the TV industry circuit – because for Banijay, the ESG acquisition will immediately provide it with a raft of scripted interests.

The Marco Bassetti-helmed French media giant is at a stroke rapidly ratcheting up its drama output, bringing in shows such as Netflix duo Black Mirror and Dark, Sky and Canal+ show The Tunnel, ITV’s Broadchurch and BBC hit The Fall.

But it also hands Banijay control of production outfits such as Kudos, Artists Studio, Tiger Aspect and House of Tomorrow – and that’s just in the UK. There’s also Diagonal TV in Spain, Wiedemann & Berg Television in Germany and Filmlance in Sweden, all of which are known for their premium scripted output and would be acquired at a time when the value of premium drama is only going in one direction.

That’s not to say Banijay has no scripted interests – it owns companies such as Yellow Bird UK, which is producing Young Wallander for Netflix, and the French firm has also been behind high budget shows such as Versailles. Its Screentime New Zealand outfit also recently secured a commission for an action drama from Kiwi broadcaster Mediaworks Three, but clearly the opportunity to grasp a raft of scripted outfits in one swoop was a key allure.

From Big Brother, Hunted and MasterChef to Survivor, Shipwrecked and Don’t, the likelihood is that most broadcasters and streamers in need of formats will become a customer of the combined Banijay-Endemol Shine outfit.

Yet industry execs have told TBI that one of the stumbling blocks for the deal – aside from Endemol Shine’s $1.9bn debt – has been the nature of its formats, which are “iconic” or “ageing” depending on who you talk to. MasterChef, Big Brother and Deal Or No Deal have all been around for well over a decade, and there were perhaps concerns that the value of such brands was baked into the ESG price when it wasn’t deserved.

However the longevity of these shows continues to surprise, something Endemol Shine International’s CEO Cathy Payne pointed out to TBI at MIPCOM. And it wasn’t just warm words: just last week Channel Seven in Australia became the seventh country to reboot Big Brother.

Endemol Shine has also clearly been pushing its newer formats such as All Together Now, which was among the best travelling formats in 2018, despite its cancellation on BBC One in the UK. For Banijay, the deal means bolstering an already robust group of entertainment IP and production firms – such as Shine TV and Remarkable Television – to its existing slate that ranges from Adventure Line Productions in France to Magnolia in Italy.

And in a world where streamers are increasingly looking at format deals, such as Netflix’s arrangement for Studio Lambert’s The Circle, the potential of such a format juggernaut is clear, particularly given Banijay’s acquisitions of rights to shows such as Castaway and Temptation Island.

Further, Endemol Shine provides a wider smattering of country-based production houses that could enable local remakes of this IP, through divisions such as Endemol Shine Brazil and Endemol Shine Australia. The latter, helmed by Mark and Carl Fennessy, has been behind domestic versions of The Voice, MasterChef and The Bachelor to name but three and the company is widely seen as a major force in the format business. 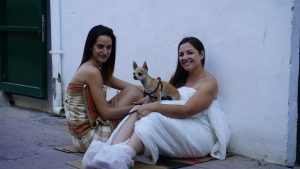 Banijay already owns companies such as UK-based duo Wonder and Fizz, while the latter’s parent is The Secret Life of 5 Year Olds-producer RDF, which has also been behind Eat Well For Less? for BBC One.

Banijay is also behind firms such as KM Productions in France, which produces shows such as Eat Well For Less and Firemen Revealed for channels including TF1 and France 2, but the addition of Endemol Shine outfits will again rapidly ramp up its interests in the UK, in particular.

ESG prodcos include Girls On The Edge and The Trial outfit Dragonfly, along with Darlow Smithson Productions and Would I Lie To You outfit Zeppotron. Then there are Endemol Shine’s Nordic outfits such as Metronome, the prodco that was behind reality show Stripped, which has since been sold as a format into nine markets including Spain, Portugal, Germany, the UK and US.

And ESG is also home to Stateside prodco Truly Original, which has been behind shows such as Ink Master for Paramount Network and Real Housewives of Atlanta for Bravo. LA-based Banijay North America, meanwhile, is headed by respected execs David Goldberg and Caroline Baumgard, and has produced shows such as Child Support for ABC and the reboot of Wife Swap for Paramount.

Production-wise, Banijay and Endemol Shine seem well matched. Geographically, Banijay is of course stronger in France – 22% of its turnover came from the country in 2018 – while Endemol Shine is well set in the UK and the US, from where more than 40% of its revenues came from last year.

But both companies have extensive distribution operations, which insiders suggest will be ripe for “efficiencies”. Payne is already set to depart Endemol Shine International and if the deal goes through, it seems exceedingly unlikely her departure would be the last as the French outfit combines its Banijay Rights division with ESI. Numerous execs tell TBI they are braced for extensive job losses.

Most of those same execs believe Bassetti will lead the IP-laden group, while Banijay Right’s boss Tim Mutimer has already been put forward by those in the know as the person most likely to head up what would be an unprecedented distribution giant. Endemol Shine’s LA-based EVP of distribution Matt Creasey is also highly regarded and could also be in the frame.

However the Banijay-Endemol Shine story develops, the desire to create a company that holds rights to almost 100,000 hours of TV and such a vast array of production companies is a clear indicator that the desire for scale and the ongoing saga of M&A seen over the past 18 months isn’t over yet.

This article has been updated to reflect Banijay’s agreement to buy Endemol Shine Group, which was revealed over the weekend.