Banijay Group has agreed a deal to acquire Endemol Shine Group (ESG), creating a production and distribution behemoth and bringing the long-running sales process of the Peaky Blinders producer to a close.

The French production and distribution giant has struck a “definitive agreement” to acquire the company from ESG owners Apollo Global Management and Disney, having fought off competition from Discovery and Liberty Global-backed All3Media for the outfit.

A meeting is understood to have taken place on Thursday last week between representatives from Banijay and ESG, before the deal was formally announced today. Financial details were not revealed but sources suggest the price tag is around $2.2bn (£1.7bn). 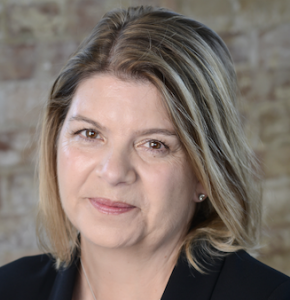 The acquisition is being financed through a capital increase of Banijay and “committed debt financing”, which includes a refinancing of the French firm’s existing debt and that of Endemol Shine. That process is being supported by Deutsche Bank, Natixis and Société Générale.

Once the deal is closed, the combined group will be owned by French duo LDH (67.1%) and Vivendi (32.9%). LDH is a holding company controlled by Financière LOV (52%), the investment firm controlled by Banijay chairman Stéphane Courbit. Italian group De Agostini (36%) and French finance group Fimalac are also investors in LOV.

The acquisition, which is subject to regulatory clearances, will create the world’s largest production group outside of the US studios. Banijay Group will own almost 200 production companies in 23 territories and the rights for close to 100,000 hours of content.

Total revenue of the combined group is expected to be approximately €3bn ($3.3bn) for the year ending December 31, 2019.

Endemol Shine is behind 120 production labels with an estimated 66,000 hours of scripted and non-scripted programming together with over 4,300 registered formats. Its output includes dramas such as Humans and Black Mirror, formats including Big Brother, Hunted and MasterChef, as well as factual entertainment series including Ambulance and One Born Every Minute.

It also houses production companies including Kudos, Artists Studio and Tiger Aspect in the UK, Authentic Entertainment and Endemol Shine Boomdog in the Americas, Filmlance and Meter in the Nordics, and Diagonal TV in Spain.

Survivor and Keeping Up With The Kardashians producer Banijay, meanwhile, is behind companies including Adventure Line Productions, Brainpool and RDF Television in France, Germany and the UK respectively, as well as Finland’s Pineapple Entertainment and Mastiff Norway in the Nordics.

It also houses Bunim Murray Productions in the US and, like Endemol Shine, operates a huge distribution network via Banijay Rights. It remains to be seen how that will be combined with Endemol Shine’s equivalent, Endemol Shine International, but lay-offs are likely.

The latter’s CEO, Cathy Payne, has already said she is to leave the company at the end of the year, as revealed by TBI.

“Combining the resources of these two companies will instantly strengthen our position in the global market, and our capabilities across genres will further define us as a go-to provider of first class IP worldwide. Welcoming the Endemol Shine brands and talents to our existing business will signal enhanced opportunities in the marketplace, and we are all excited by what the future holds for the combined entity.”

Turner Laing, Endemol Shine Group CEO, added: “At Endemol Shine, we have continually inspired and entertained audiences around the world, a testament to every single person across the group. This deal takes us into a whole new and exciting chapter and into a new enhanced global content house with many opportunities ahead.”

ESG was formed in 2014 when Elisabeth Murdoch’s Shine Group, owned by 21st Century Fox, was combined with format giant Endemol and US counterpart Core Media, which were both owned by investment firm Apollo Global Management. Core was later hived off, eventually emerging as a slimmed-down producer after filing for Chapter 11 bankruptcy protection. Disney then picked up its 50% stake in ESG after acquiring a raft of entertainment assets from Fox earlier this year.

Banijay, meanwhile, was founded by Courbit through his LOV group, with Italian conglomerate De Agostini. The production and distribution company has bought numerous firms over recent years, most notably acquiring Zodiak Media in 2016, again with the assistance of French media giant Vivendi.

The deal also brings to an end Banijay’s ongoing pursuit of ESG, having first emerged as a frontrunner more than 12 months ago after around 10 other companies including ITV and Endeavour dropped out.

The French company was later joined by All3Media, which returned to the fray during the summer but ultimately fell away earlier this month, leaving Banijay to finally swoop for the Deal Or No Deal and All Together Now outfit.