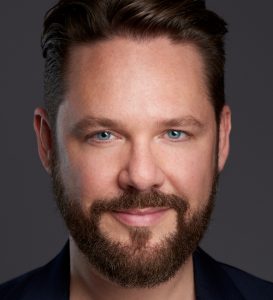 Former YouTube and Disney executive Martin Krieger is returning to German children’s firm Studio 100 Media after being appointed as its CEO.

Krieger will also head up Studio 100 subsidiaries Studio 100 Film, m4e and the recently formed Studio Isar Animation. He will be responsible for the global commercial business of Studio 100 International, including content distribution, licensing and consumer products for the company’s slate and some third party IP.

He previously spent six years with the German company heading up its sales arm and before that worked for Disney. Krieger left Studio 100 last year before moving to Google-owned YouTube, where he oversaw content partnerships for its Kids/Family & Learning division.

He replaces Ulli Stoef, who revealed he would step down from his role at Studio 100 in January. Earlier this month he launched his own company, Toon 2 Tango.

Hans Bourlon, co-founder and CEO of Studio 100 Group, said the company “has great faith in Martin’s ability to lead due to his already impressive accomplishments within our Studio 100 Group. I trust him to successfully steer the company during this new phase and perform an essential management role in our newly formed international leadership team.”

Barbara Stephen, who was named content CEO of Studio 100 International earlier this year, added: “Martin and I established an excellent working relationship during his time as Head of Global Distribution and I’m thrilled to be collaborating with him in our new international leadership team working on Studio 100’s global expansion.”

Krieger said: “My leadership will be based on fostering inclusion and diversity to further develop our strong culture. It is through diverse perspectives that we are able to meet today’s audience expectations and anticipate the market needs for tomorrow.”]