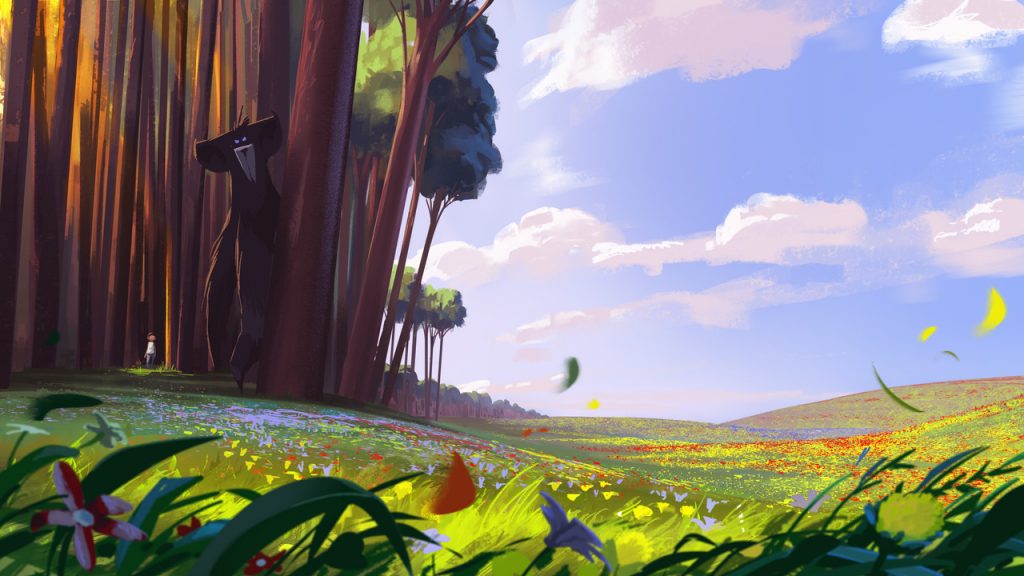 The Upside Down River (10 x 30 minutes, pictured) is a 2D animation that is being directed by Paul Leluc (The Wolf). The show is targeted at kids aged 8 to 12 and is due to deliver early 2022, with Dandelooo selling rights globally.

The show has been adapted from children’s novel La Rivière à L’Envers by French children’s author Jean Claude Mourlevat, which was published by Editis Group. The love story takes place in a fantasy world and follows a girl’s search for water droplets from a mysterious river to heal her sacred bird. She’s followed in her hunt by a shy boy, whose world is turned upside down when she enters his shop.

The BBC has ordered an adaptation of Enid Blyton’s classic book series Malory Towers for its UK children’s channel CBBC, along with a raft of other new content.

The self-titled 13 x 30 minute show is set in the 1940s and follows the adventures of a 12-year-old girl as she leaves home for the first time to attend an all-girls’ boarding school. The series has been commissioned by Cheryl Taylor, head of content for BBC Children’s, in association with DHX Media’s Family Channel in Canada. It is being made by King Bert Productions and DHX Media, and is being adapted by Rachel Flowerday and Sasha Hails. Executive producers for DHX Media are Josh Scherba, Anne Loi and Michael Goldsmith, with Jo Sargent serving as executive producer for King Bert.

Also new for CBBC is Andy And The Band (15 x 15 minutes), which follows an unusual collection of singers and musicians. It’s from Three Arrows Media in association with Ninja Pig Productions.

Other commissions announced for CBBC include The Dengineers, from BBC Children’s In-house Productions, which returns with new spin-off episodes The GarDengineers, in which green-fingered experts help children create special places in their gardens. Also returning is The Dumping Ground, which has been commissioned for another two series.

In related news, pre-school brand CBeebies will air live-action scripted maths series Number One Newton Avenue (10 x 7 minutes), which has been produced in house. It has also ordered 30-part series Andy’s Aquatic Adventures, which explores the aquatic world and is from BBC Studios’ Natural History Unit in Bristol. Live action show Let’s Go for A Walk, from Hello Halo, has also been commissioned alongside animation Hushabye Lullabye from Maramedia, and Maddie’s Do You Know?, which is returning for a fourth season with spin-off, Maddie, the Zoo & You. 7Wonder produces both shows. 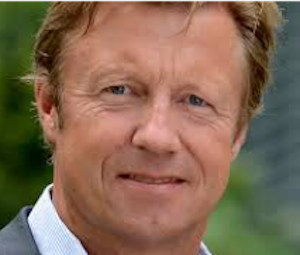 The former CEO at Studio 100 Media Ulli Stoef has launched a TV production and distribution operation based in Germany.

Toon 2 Tango will specialise in IP creation, development, production, distribution and brand building within the kids and family entertainment sector. The new company will also look to co-finance shows and acquire programming with strong international appeal.

Stoef, who stepped down from Studio 100 in January, said he is “keen to utilise the vital and unique experience I have gained working in this great industry… to explore, develop and produce new IP’s and help creative talent to open doors to commercial success.”

The exec became CEO of Studio 100 in 2017, after the company acquired a majority stake in m4e, which Stoef had founded.

Channel 5 in the UK has ordered a raft of new content for its pre-school programming block Milkshake!, including Milkshake! Monkey’s Amazing Adventures, and said it will double its investment in children’s programming over the next 12 months.

The 25 x 5 minutes show will be produced in-house and follows the kids’ strands character Monkey as he travels around the UK to learn more about history and geography. The series will air later this year from October on the block.

The channel has also re-commissioned Floogals, Little Princess and Peppa Pig, and struck new deals for acquisition including Pirata & Capitano and Thomas and Friends. The Viacom-owned broadcaster is also developing six potential projects for the recently launched Young Audiences Contestable Fund, which will offer £57 million ($71 million) to support the creation of kids content.

Channel 5 has also said that it will increase investment in kids content by 100% over the next year, boosting Milkshake’s UK origination from 160 episodes to over 300 on the channel in 2021. Louise Bucknole, VP of programming at Viacom International Media Networks Kids, UK and Ireland, said the spending would “provide us with a lot more scope to keep producing a strong pipeline of best-in-class British pre-school content, that will continue to drive Milkshake! as the number one breakfast block and brand.”

UK-based Blue Zoo Animation has launched a brand rights company and hired Alison Warner as its managing director. She will oversee the new division, which will manage the prodco’s IP and third-party content, as well as handling pre-sales, distribution, brand management and merchandising.

Warner was previously VP of sales, acquisitions and co-productions at Technicolor, a role she had held since 2011 and which saw her develop Atomic Puppet for Disney XD and The Deep for Netflix. Prior to that she worked for companies including Cookie Jar Entertainment. 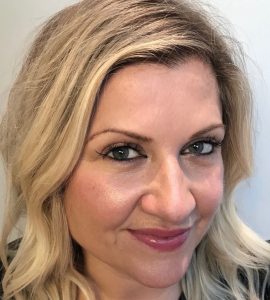 She will be responsible for all aspects of Genius Brands’ global distribution business, including content sales for the company’s library of children’s programming such as Stan Lee’s Superhero Kindergarten, preschool series Rainbow Rangers, and Netflix original Llama Llama.

Tyre previously served as VP of sales and acquisitions for multichannel network AuxMode, and has also held roles at Entertainment One, DHX Media, Canadian pubcaster the CBC, and kids network Teletoon, where she spent six years as the director of programming.

Genius Brands’ chairman and CEO Andy Heyward, to whom she will report, said: “2019 and 2020 are pivotal years for Genius Brands with the global rollout of our flagship brands, and the development of new properties to take to market.

“Caroline offers extensive 360 degree expertise in the content industry with a keen insight into the dynamics of the ever-evolving children’s media landscape, and she will be instrumental in building existing relationships and forging new ones with broadcasters and platforms around the world to launch our properties into the marketplace.”

Tyre added: “This is truly an exciting time to be part of what Andy and his team have been building over the past five plus years, and I look forward to lending my expertise to take the company’s content distribution to the next level.”

He previously worked for Corus Kids’ networks Teletoon and Treehouse, and also spent time at fellow Canuck firm MarbleMedia. Brian reports into Stephanie Betts, who has been promoted to become executive VP of content, responsible for development and production of its original animations. She in turn reports to president Josh Scherba, president.