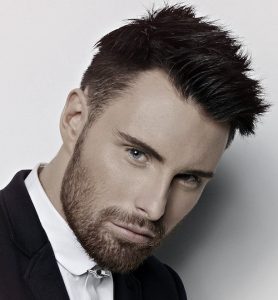 UK commercial broadcaster ITV is bringing back classic gameshow Supermarket Sweep after ordering a 20-episode series for its ITV2 network.

The 20 x 60 minute show is being produced by Fremantle-owned producer Thames and will return to screens as a primetime nightly show, hosted by Rylan Clark-Neal.

The series will run over four weeks and is based on the original series, which was created by Al Howard and first aired in the US on ABC in 1965. It was remade in the UK for ITV in 1993 and fronted by Dale Winton, where it ran for eight years before being revived for a season in 2007.

In 2017, Fremantle acquired global rights to the format, which follows contestants as they compete in games and challenges before being sent around a supermarket in a ‘trolley dash’ to win a cash prize.

Paul Mortimer, head of digital channels and acquisitions for ITV, said: “We’re so pleased to be working with Thames on this re-booted version of the ITV classic game show. Funny and camp in equal measure, it’s a great addition to ITV2’s pre-watershed line-up.”

Phil Harris, creative director of Thames, added: “I’ve loved Supermarket Sweep since I was a teenager, so Thames and I are thrilled to be rebooting this cult classic with the awesome Rylan for it’s perfect new home on ITV2. When the world’s full of doom and gloom it’s definitely time for Britain to go wild in the aisles once again.”

The series was commissioned by Mortimer and ITV2’s commissioning editor, Peter Tierney. It will be executive produced by Phil Harris and Adam Hutchinson for Thames.

It’s the second show to be revealed as having Clark-Neil attached as presenter in as many days, after the BBC revealed yesterday said he would host its forthcoming series You Are What You Wear (working title).