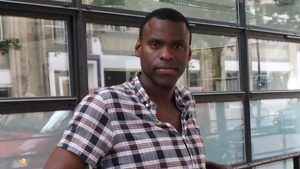 The Crown producer Left Bank Pictures is working on a true-life drama about the Windrush immigration scandal in the UK for public broadcaster the BBC.

Sitting In Limbo is being written by Stephen S. Thompson (pictured), author of 2000 novel Toy Soldiers, and is based on the story of his brother and his personal struggle to be accepted as a British citizen during the Windrush immigration scandal.

The story follows his brother as he decides to visit his elderly mother in Jamaica only to find he cannot get a passport as there is no record of him as a British Citizen despite having lived in the country since 1965. He is then forcibly removed from his home and detained as an illegal immigrant.

The drama is set in 2016 and marks the first TV screenplay for Thompson, who released his latest novel No More Heroes in 2015. It will air on BBC One.

The show has been commissioned by BBC drama controller Piers Wenger and content director Charlotte Moore, with exec producers including the BBC’s Mona Qureshi and Left Bank’s Lila Rawlings and Andy Harries.

Thompson said: “Like everyone caught up in the Windrush scandal, Anthony has been severely traumatised by the experience. It has badly affected his confidence and left him questioning his very identity.

“As his brother, I saw what he went through first-hand. I couldn’t bear the idea that he had suffered in vain and it made me determined to tell his story. For me, this is personal.”

Rawlings added: “This will be a drama about our modern Britain and is – in many ways – a precursor to where we find ourselves today. The BBC has supported and championed our work on the project from the very first meeting, and we believe it’s the perfect home for the show.”

Wenger described the story as “incredibly important and one that needs to be told with urgency.”

In related news, BBC1 has commissioned makeover show You Are What You Wear (working title), produced by MultiStory Media, and Easy Ways To Live Well, from Keo Films and about how to improve diet, fitness and health.

Elsewhere, BBC2 has ordered two more eight-part seasons of Race Across The World from Studio Lambert, following hit ratings for the show’s first run. The show requires travellers to reach Asia without using a plane or a smartphone, having been given cash to the value of a flight ton the destination.