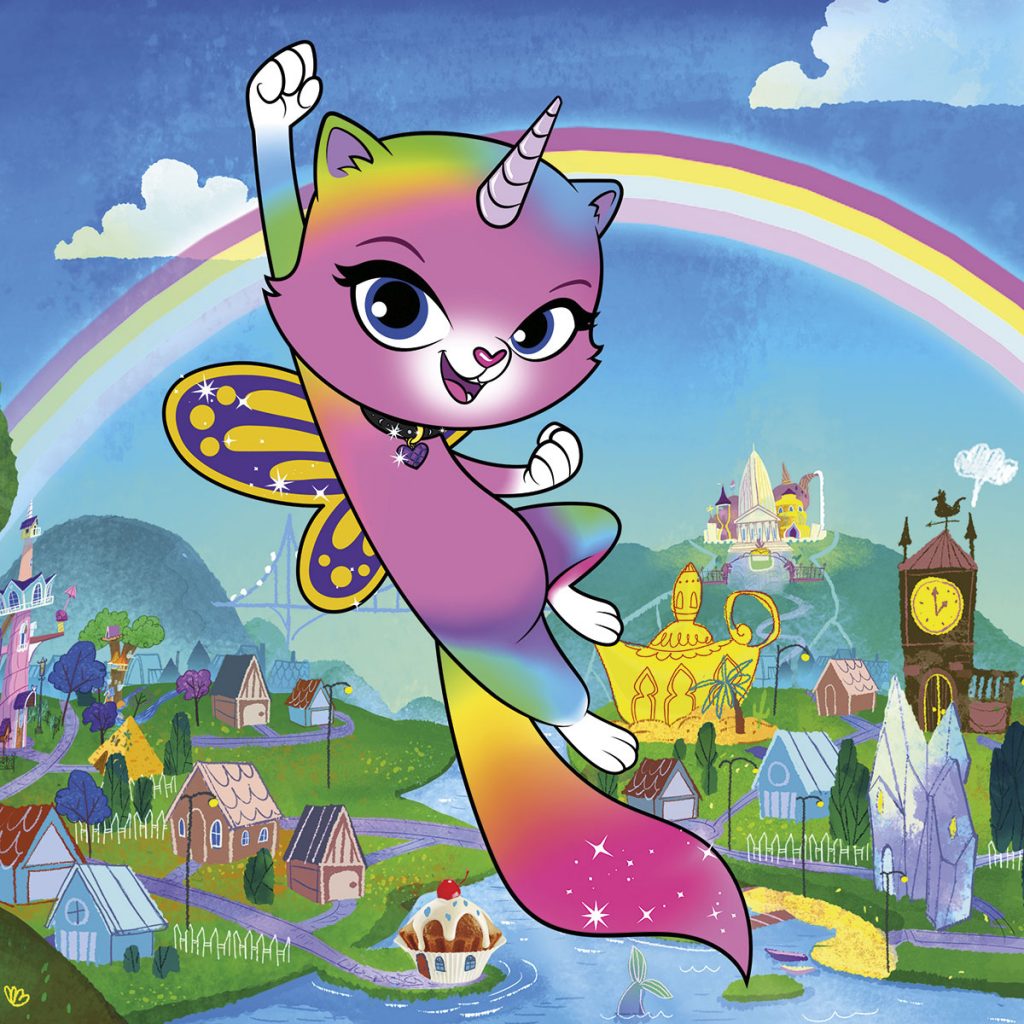 The 2D animated mash-up show follows Felicity and best friend Miguel, as they take on every challenge that arrives in the magical land of Mythlandia.

Felicity can shoot glow sticks from her paws, lasers from her horn, stretch and snap in rainbow mode, and clap thunderously with her butterfly wings. Most of all, she embraces the things that are unique and special to her and her friends.

The show debuted on Nickelodeon in the US in January and will roll out to more than 170 Nick channels worldwide later this year.

Jetpack Distribution will bring the title to MIPTV and distribute it in tandem with Nick and shop the series across select territories, SVODs and AVODs.

“She’s just super cute,” says Dominic Gardiner, CEO at Jetpack Distribution. “But from a more commercial business perspective it is becoming more of a franchise. We have a lot of stuff in our portfolio that’s very story driven and not overtly commercial and we wanted something with that potential as well.”

“One thing creator [Rich Magallanes] said is he wanted to create a show that when you say the title, as a kid you would get it right, but parents would always get it wrong. Kids love that kind of thing because it makes them laugh.”