On the set with Vice’s first game show 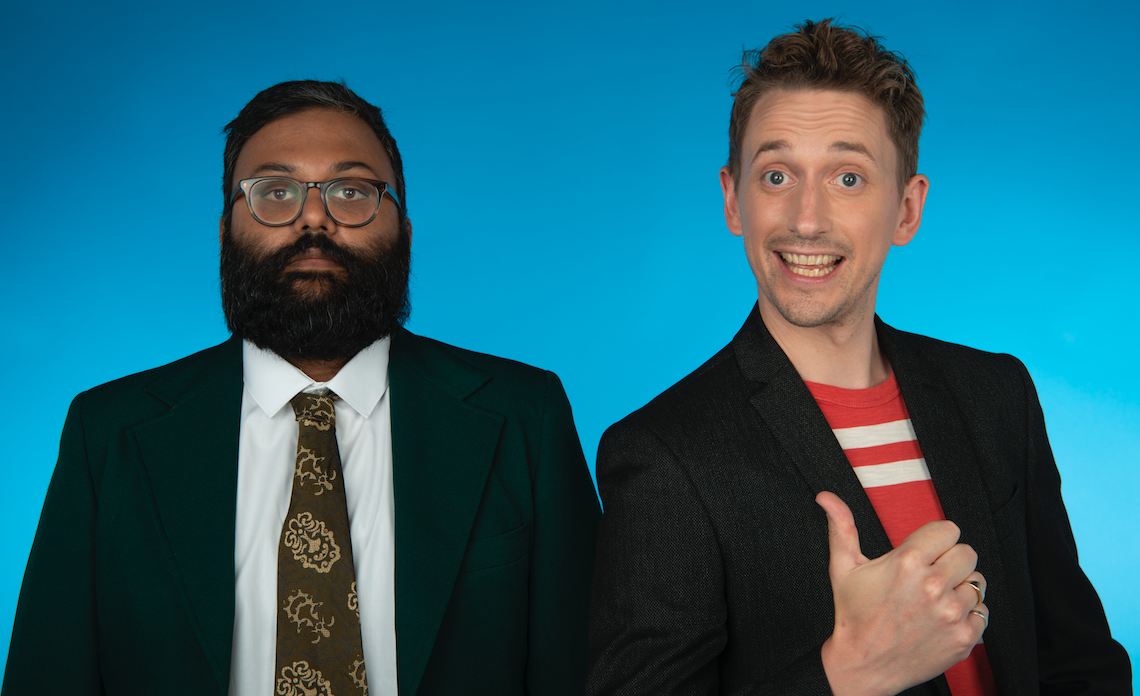 TBI speaks to Vice Studios exec producers Dan Louw and Yonni Usiskin on how the brand known for its subversive content came to produce Beat the Internet with John Robins, a family-friendly game show for UKTV, due to premiere this Thursday (15 November).

If someone said a new format would be coming to UK screens in the style of Generation Game or Family Fortunes, Vice would not be the producer that instantly springs to mind. But with its new game show, Beat the Internet for UKTV’s Dave, Vice is out to show it’s capable of dipping its toes in mainstream entertainment.

Far from the drug documentaries and political reportage Vice has become known for, Beat the Internet is a simple play-along affair where four contestants are prompted to guess the endings to internet search terms. Unlike what you’d expect from Vice, the format’s producers have made it a strict rule to keep every round family-friendly. That means no swearing and no sexual content.

The format had been placed on the sidelines for some time for this reason. Exec producers Louw and Yonni Usiskin simply never thought anyone would pick up such a title from the studio, having never attempted a game show previously.

It was on an off-chance that the duo were having a general meeting with UKTV’s director of commissioning, Richard Watsham, when he mentioned that he was looking for a high volume game show and was struggling to find one.

“We showed it to him and I honestly felt – for the first time in my career – that it was commissioned on the spot,” says Louw.

The UKTV team has generally been commissioning titles for Dave that are “different, original and unique”. At this year’s Edinburgh International TV conference, Steve North, UKTV’s general manager for comedy and entertainment, explained that Dave is looking for new talent to join its well-known panel shows and will begin to commission more international titles.

“All credit to them, we hadn’t really made anything like that at that point, but they really let us do it,” says Louw. “They’ve been really hands off, and they let us hire anyone we wanted. They just assumed everything would be fine on the version that they bought.”

There are a few reasons Louw and Usiskin believe that this was the right time for such a title. One is the show’s departure from a really high-budget, shiny-floor format. Louw admits that they wanted the title to hark back to classic formats, rather than high-concept, complex new shows. 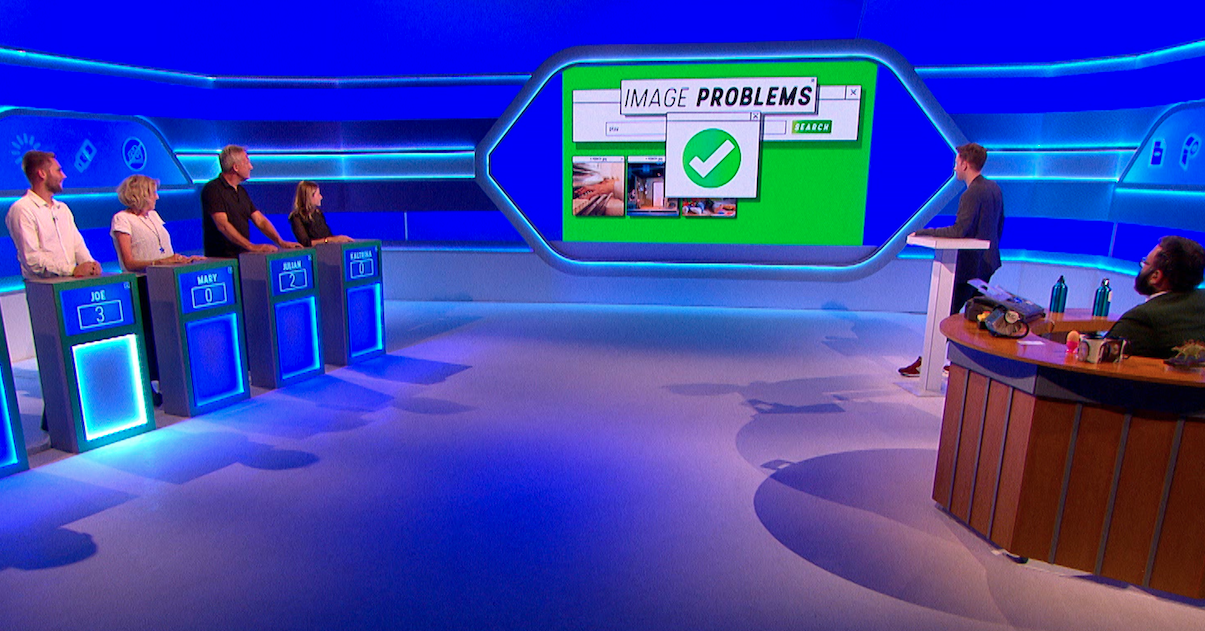 TBI visited the set in August, and it’s very much a stripped-down, small studio. Four podiums, a big screen, John Robins and co-presenter Sunil Patel (pictured top) are pretty much all of the props involved in the format.

Furthermore, Louw believes that there are more channels today willing to take a risk on something that they haven’t tried before.

“There’s some really great people at channels at the moment acting like they’ve got nothing to lose. It’s fantastic,” he says.

Usiskin adds: “I think we’ve come out, we’ve had to take our own risks, and the market is allowing people to do that if they’re brave.”

Lastly, Vice’s secret weapon has been John Robins himself. The joint-winner of 2017’s prestigious Edinburgh comedy award is what brings a fresh spin to the format, according to the Vice execs.

“We wanted to bring in new talent and someone with their own sense of comedy that would cut against a fairly simple game show,” says Usiskin.

“John brings a really local flavour to it, and a sort of colloquial Britishness that I think appeals to a Dave audience and a British audience.”

Keith Cotton, the series editor, tells TBI that John and Sunil are what brings that “crunch” to the show – or the Vice element that brings the entire thing together.

Looking to the future, the Vice team mentions that Beat the Internet has already had some international interest via distributor All3Media International, suggesting the title can travel.

In the meantime, Vice is likely to keep creating shows that are unconventional for the studio, “even if edgy is us not being edgy,” says Louw.

He adds: “Unfortunately we can’t mention what Vice Studios has commissioned since this show started production: it’s weirdly a really varied slate. It’s stuff in genres that you wouldn’t expect from us.

“Everything we’re making at the moment really cuts against what we’ve done before and I think it’s fantastic we’ve been allowed to do it.”