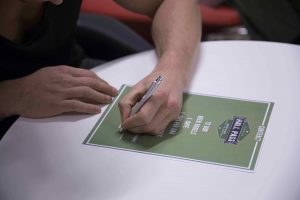 The channel has commissioned Joker Productions for a celebrity version of the entertainment format, which will be called 48H Single – Celebrities Test Their Love.

Hall Pass was originally created by Spanish firm Phileas Productions and US producer MY Entertainment in collaboration with Story Lab.

The format gives couples who are at a crossroads in their relationship a weekend “hall pass” to do whatever they want with no consequences.

When the couple is reunited, they each see a video of what their partner did with their free time and must decide whether to stay together or go their separate ways.

The German celebrity version is to TX on 1 October.

The format was previously piloted in the Netherlands.

RTL II will also air Story Lab’s dating format Game of Clones next year. The format has sold into France, China and the US.

The format has been added to a Mipcom slate that includes Road Diaries, Evil Monkeys and Game of Clones.

Jan von Wussow, executive director of The Story Lab Germany, said: “The unique social experience format is fresh and exciting, inviting couples to test their relationships in unique circumstances, which appeals to the diverse millennial audience.”