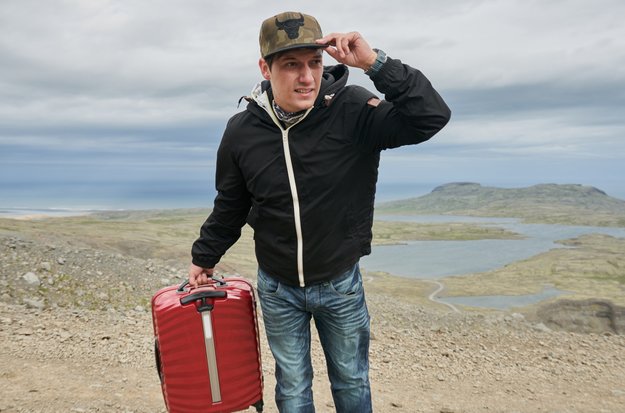 The trio of formats form part of a three-part global strategy that will see YouTube work with talent with large following, focus on music docs and programmes, and invest in tentpole shows such as its Karate Kid spin-off Cobra Kai as well as feature film acquistions.

YouTube Premium has launched in Germany with comedy Neuland, which feature YouTube influence Phil Laude as a former digital start looking to make a comeback.

The show – which is produced by the Banijay-owned Brainpool – also features David Hasselhoff, starring as himself.

Meanwhile, the sitcom Bullsprit follows three friends who inherit a gas station. It is produced by Pantaleon Films, which most recently produced Amazon’s You Are Wanted.

Finally, the millennial-focused LeFloid vs. the World (right) – produced by the Red Arrow Studios-owned Studio71 – features local YouTube star LeFloid travelling the world to discuss issues such as climate change and global finance.

The business has so far launched original programmes in South Korea, Mexico, Japan, France, India and the UK.

Last month, Luke Hyams, head of the newly formed originals unit at YouTube EMEA, discussed the shows he’s looking for at the Edinburgh International TV Festival, noting that high-profile unscripted titles may be placed in front of the paywall.