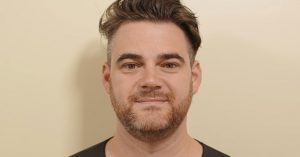 Luke Hyams, head of the newly formed originals unit at YouTube EMEA, discussed the shows he’s looking for on the platform, including potential high-profile unscripted titles that may be placed in front of its paywall.

During a panel session at Edinburgh’s International TV Festival, Hyams (right) discussed the programming he is looking to commission for YouTube, in particular YouTube Premium (its paid for service) which is increasingly getting into the original content game.

Hyams explained during the panel that for some unscripted programming, YouTube is considering putting them in front of its paywall in their entirety.

“With unscripted we’re really excited to be harnessing the potential of putting shows in front of the paywall as well, which is something we’d like to do with the right projects,” said Hyams.

“It has to be social impact stuff that is entertaining and can tap into the Google thinking of spreading information around the world.” 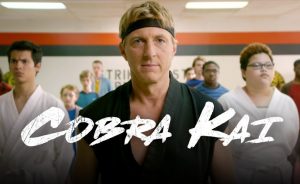 While YouTube Premium has been known to launch one or two episodes in front of its paywall, like with the case of its original Cobra Kai, viewers are normally expected to eventually pay for the remaining episodes. This would be a new way of working for YouTube which has traditionally charged for its premium content.

For scripted titles, Hyams is looking for personality driven, authored and international titles, usually focused on one person’s narrative.

Upcoming dramas on the platform include Kirsten Dunst dark comedy On Becoming a God in Central Florida and Origins, which is directed by Alien vs Predator’s Paul W.S. Anderson.

For comedy YouTube is looking at serialised half-hour titles, over stand-up programming.

In EMEA, YouTube will be looking for local talent and has already worked with names such as Jack Whitehall. When it comes to budgeting programming for the area YouTube will make sure the pricing will “fit with the ecosystem”.

YouTube has accelerated its original programming as of late, gaining considerable success with its first original Cobra Kai. The buzz around the platform’s recent work was clear in Edinburgh as Hyams sat in a room that was overflowing.