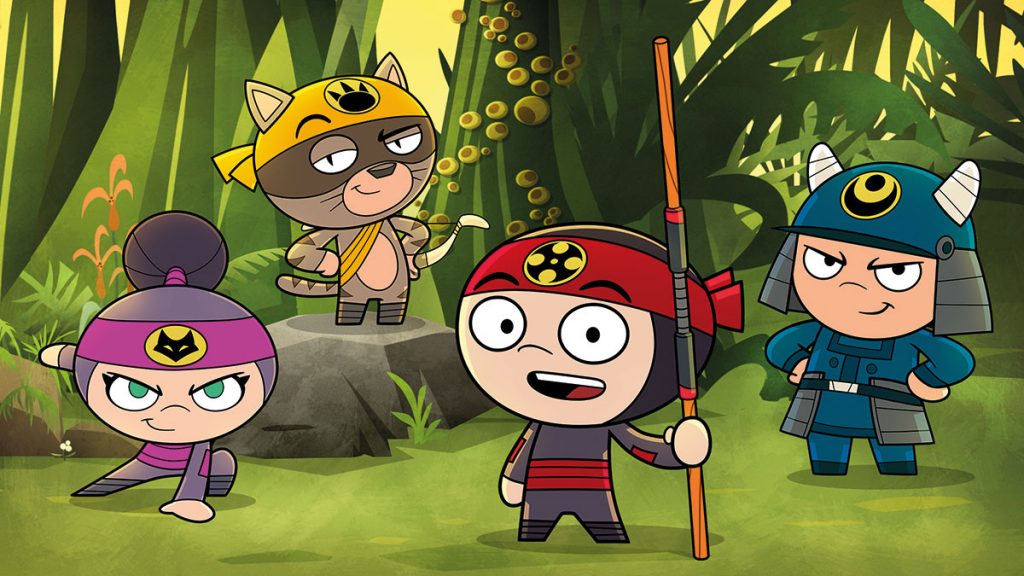 Chop Chop Ninja started its early life as a games app, eventually gaining over 20 million downloads and a development treatment.

“We wanted to extend the brand to new platforms and create completely new stories which kids could enjoy, and the response has been excellent,” says GoldBee’s MD, Christophe Goldberger.

Children aged six-nine have already been fans of the games, giving producers a clear age group to target with new programming.

With an existing international presence, due to the release of ten app games over the years and comedy fillers that have sold to over 120 territories.

The Chop Chop Ninja team therefore have high hopes for the title’s launch at MIPCOM.

“We have great expectations for this light hearted adventure comedy series, as it already has a presence in the market with the fillers, with renowned broadcasters and VOD platforms globally, including Teletoon Canada, Disney Channels (Australia/NZ/Latin America), Nickelodeon (UK, Benelux, GSA, Scandinavia, Central Europe, Turkey, Greece), Amazon, iQiyi, Youku, Viacom18 and more.”