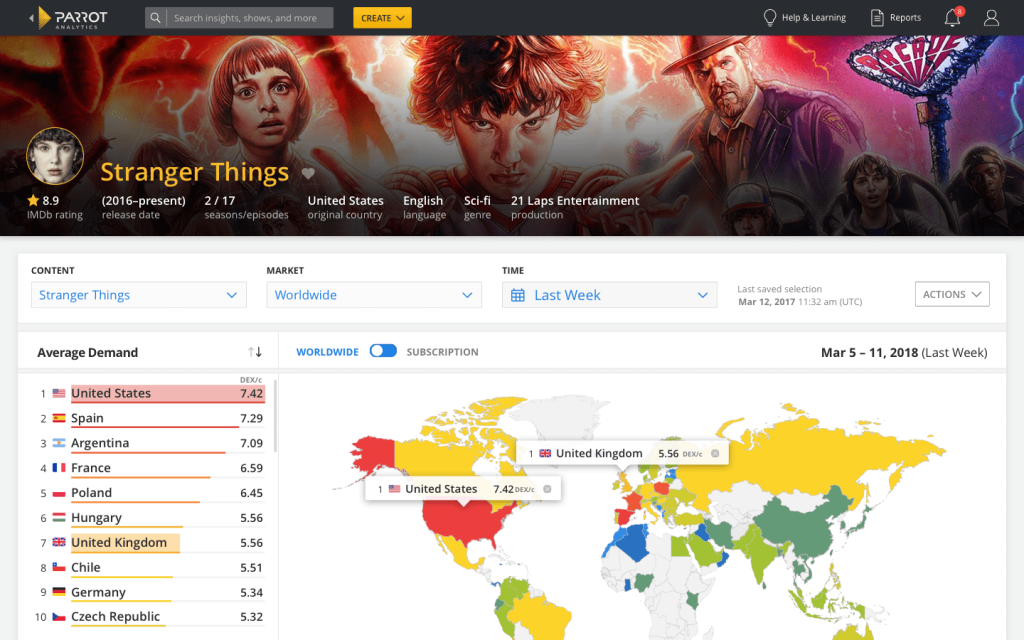 Parrot Analytics, the big data TV analytics firm, has partnered with Guinness World Records (GWR) to identify the most in-demand TV series and digital series in the world, across 2017.

Using Parrot’s global, real-time platform, the analytics company along with GWR revealed that HBO’s Game of Thrones was the most ‘in-demand’ series in the world when looking across broadcasters and services.

When looking at only digital services, Netflix’s paranormal thriller Stranger Things was the most ‘in-demand’.

The two series are now included in the GWR’s 2019 edition, which will be available for purchase on September 6, 2018.

Parrot Analytics has previously quantified Game of Thrones as the Most In-demand TV Show in the World in the 2018 edition. This year, a new category for digital original shows was added to include original series produced by streaming services like Netflix, Hulu, and Amazon.

Wared Seger, CEO at Parrot Analytics, said: “We were delighted that the Guinness World Records team chose to work with us to determine the most in-demand TV shows in the world and that they saw the value in relying on the industry’s established global cross-platform TV demand metric to gain a truly holistic and empirical view of what is resonating with viewers worldwide.”