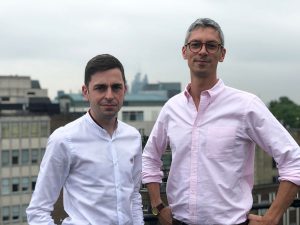 TwoFour Group has promoted Jonny Coller as group director of development and Edward Phillips as head of development, as its development team continues a restructure taking place since January.

At the start of the year, head of formats Ana De Moraes departed the company and Coller became director of development. Phillips became head of factual.It is understood that De Moraes’ formats role would not be replaced.

Now Coller will take overall responsibility for the development strategy across TwoFour, while broadening his remit across the group’s labels.

He will also now drive the development of original international production and reversioning for TwoFour Rights, the group’s distribution arm.

Phillips will cover all unscripted development, leading the London-based team. He has been with the TwoFour development team for eight years.

The exec has been integral to securing a raft of commissions, from 12-part ITV business series Give it a Year to BBC One’s The Real Marigold on Tour.

The duo will take on their new roles with immediate effect.

Andrew Mackenzie, chief creative officer, Twofour Group, said: “Jonny and Ed run the best development team I’ve ever seen. They’ve been integral to the success of our company and are well deserving of their new positions”.