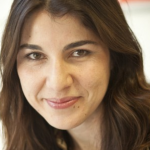 Former BBC creative director De Moraes has been with Twofour since February last year, butis now  exiting. Her role as head of new formats is not being directly replaced.

He has been with Twofour since 2011, during which time he has developed shows such as Channel 4 winter sports-meets-celebrities format The Jump.

Further changes see Edward Phillips become head of factual and factual entertainment development. He has been part of Twofour’s development team for eight years, working on shows such as BBC One’s The Real Marigold on Tour and ITV’s Give it a Year.

Coller and Edwards take up their new roles immediately, with Dolan and Abenson joining this month.

“Under Jonny, Twofour’s development team has become one of the most prolific and respected in the industry,” said Twofour’s chief creative officer, Andrew Mackenzie. “Both his and Ed’s promotions are well deserved and their new appointments add strength to a thriving creative team.”

The exiting De Moraes is known for her role developing Channel 4 dating format First Dates while director of development at Warner Bros.-owned Twenty Twenty and for BBC One shows such as Tomorrow’s Food.

At the BBC, she was creative director of central development, and she has also worked at Endemol Shine Group predecessor Endemol.

Twofour has been part of UK broadcaster ITV since 2015.