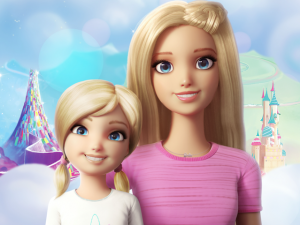 Under the terms of the deal, eOne will handle distribution of the production outside the US market.

In her 59 years, Barbie has become both a fashion icon and a hot topic among feminists. Tiny Shoulders: Rethinking Barbie surveys 60 years of women in popular culture through the lens of the Mattel-created plastic icon.

Commenting on the documentary, which debuted on Hulu in April, Stuart Baxter, eOne president, international distribution said: “The appetite for quality, authored documentaries is growing fast and the exclusive access granted and observed, coupled with the insight on how we see beauty, stereotypes and women’s progress in the West created a must-see film.”

Nevins is an Academy Award-nominated, Emmy award-winning director, producer and writer whose credits include Still Kicking.

Tiny Shoulders is produced by Cristan Croker, who runs Rare Bird Films alongside Nevins. Nevins and Crocker have previously worked together on The Other F Word, Play It Forward for Showtime and State of Play: Happiness for HBO.