Social content the ‘next leap’ in programming: Facebook’s Henick 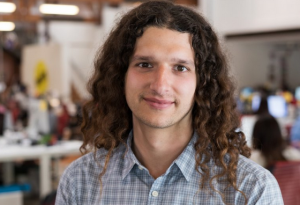 Social content should prioritise personal connections, be responsive to the audience, and will be the “next leap” in programming, according to Facebook’s recently appointed head of content strategy and planning.

Speaking to a busy auditorium at MIPTV yesterday, Facebook’s Matthew Henick outlined his vision of social content and drew a distinction between this and traditional entertainment, describing binge-watching a TV show or seeing a film at the cinema as as a “more solitary experience”.

“Television is not a social device, it’s a window,” said Henick. “Phones on the other hand are more than a window. Smartphones allow us to converge creative distribution and technology, which leads me to claim that the next leap is going to be social entertainment.”

The former head of BuzzFeed Studio, who announced his move to Facebook just last month, said that with social content it’s important to consider both the script that the actors will follow and what the audience is going to do with the content.

“It opens up the possibility of constant engagement,” he said. “You’re not confined necessarily to a programming schedule. The consumption is active, it’s not something that we used to call a leanback experience.”

A key part of getting social content right is to tailor it to a specific distribution platform, which means that producers won’t be able to pitch to multiple buyers at once, attendees of the MIPTV keynote heard.

Henick acknowledged that this will make monetisation “a little more difficult” and fundamentally questions standard TV industry practises like international windowing and even content markets like MIPTV. However, he said that social entertainment will actually make IP “more valuable than ever”.

“The real challenge is that most likely windows start to condense and we don’t think about windows anymore, because they’re not going to be determined by chronology and geography,” said Henick. “If you post a video to YouTube and you want it to perform, most likely you’re going to have to make sure that it goes into every country at once.”

“Where that leaves us is we should start thinking about funnels, not necessarily windows. You basically want as many people to see your content and still get compensated for it as possible. Then as you find segments of that audience that are more and more connected to it, you find different ways to draw more money from them.”

Discussing monetisation options, Henick referenced AVOD, SVOD, TVOD, brand merchandising, fanclubs and premium ‘IRL’ (in real life) experiences. However, he said Facebook will “lean into ad-supported” so that everyone who uses the platform has access to its content.

He also stressed that while Facebook will be funding its own content, it strives to be “an open enough platform” that anyone can make content for it and find a particular audience.

Real-world examples of social content cited by Henick included: NRK’s Norwegian teen drama series Skam (Shame), which takes place in real-time and is being adapted by Facebook; BuzzFeed’s food entertainment brand Tasty, which has around 93 million Facebook followers and programmes recipe videos to coincide with viewers’ eating habits; and Facebook’s recently-won Major League Baseball rights, which Henick said will let viewers connect with friends, family and other fans online as if they were in a sports bar.

The talk came on the back of a difficult few weeks for Facebook, with the fallout of the Cambridge Analytica scandal raising serious questions about data protection and privacy at Facebook – something Henick didn’t address other than to say he’d only been in his post at Facebook for two weeks.