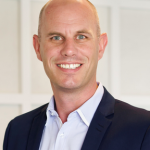 Hogg had acted as Asia Pacific boss for nearly a decade, first taking the helm at FMA in 2009 and picking up a wider role with Asia Pacific in 2011, but left earlier this year.

The post hands him full responsibility for Fremantle’s overall management and business performance across Australia and New Zealand.

The new chief will lead development and production of a range of scripted and unscripted programming at FMA.

Oliver-Taylor joins the company from NBCUniversal-owned Matchbox, which he has led since 2011 through a sustained period of growth, generating production output across all Australian networks as well as a number of international coproductions.

Shows commissioned during his tenure include Secret City and The Real Housewives at Foxtel, Glitch and Barracuda for the ABC, and Wanted and Formal Wars for Seven Network.

The exec began his career at the BBC in London, working on shows ranging from Top of the Pops and The Generation Game to Match of the Day and Westminster Live. He emigrated to Australia in 2000, working at ABC in a number of roles across drama, entertainment and comedy.

Frot-Coutaz said: “Chris is one of Australia’s most admired and dynamic television executives, with an outstanding reputation for delivering impactful scripted and unscripted entertainment that plays brilliantly in Australia and around the world.

“I am delighted to have attracted someone of his calibre and passion to lead our Australian operation and I can’t wait to welcome him to the global Fremantle family.”

In related news, UK broadcaster ITV has ordered a new drama, Beecham House, from Bend it Like Beckham writer Gurinder Chadha. FremantleMedia International will sell it on the global market.