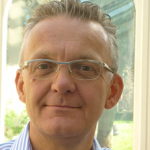 The number of digital pay TV subscribers in Eastern Europe will grow by 27% between 2017 and 2023, according to Digital TV Research.

However, over the five-year forecast period the total number of pay TV subscribers is expected to fall in 10 of the 22 countries covered by the report, including Russia, due to declines in analogue pay TV.

Pay TV revenues overall are also expected to slowly decline in Eastern Europe from a peak of US$6.53 billion in 2017 to US$6.33 billion by 2023 as analogue cable revenues fall by US$1 billion and digital pay TV revenues grow by a smaller US$769 million.

“Twenty million households still subscribed to analogue cable at end-2017 – more than digital cable. Many of these homes receive very basic packages; often as part of their rent.

“Some of the remaining analogue cable subs do not want to convert to more expensive digital pay TV platforms and will therefore switch to DTT.”