Hulu has beat the competition to give a straight-to-series order to Reese Witherspoon (pictured) and Kerry Washington’s coproduced adaptation of novel Little Fires Everywhere. 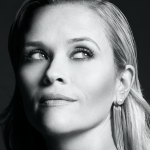 The limited, eight-episode, series is based on the book of the same name by Celeste Ng, and will star Witherspoon and Washington as two women in a small Ohio town who are brought together when their children become friends.

Little Fires hails from Witherspoon’s Hello Sunshine, which has struck multiple deals with Apple, and Washington’s Simpson Street, as well as ABC Studios.

Liz Tigelaar will pen the series and take on executive producing and showrunning duties, with Ng producing as well. Witherspoon and Neustadter will exec produce for Hello Sunshine and Washington for Simpson Street. Pilar Savone will oversee the project for the company.

“Celeste wove a beautiful, riveting story that spoke to all of us, and when we heard the vision Reese, Kerry and Liz have for the series, we knew immediately that we had to bring it to Hulu,” said Hulu chief content officer Joel Stillerman.

“We’re honoured to bring this powerful story to the screen with Hello Sunshine, in their first studio project. This is exactly the type of compelling and culturally relevant content that embodies our Hulu Originals brand.”

“At Hello Sunshine, we strive to shine a light on female-driven stories that are rooted in inspiration, emotion and truth — all of which form the bedrock of Celeste Ng’s ingenious work,” said Witherspoon.

“Hulu has a rich history of transforming groundbreaking literature into groundbreaking television, and we are confident that their talented team will use this story to spur a long-overdue dialogue around race, class, and what it means to be a mother.”

In related news, Witherspoon’s Big Little Lies co-star Nicole Kidman is returning to US premium cable network HBO with a new series, The Undoing, which is an adaptation of the Jean Hanff book You Should Have Known.

She will star as a New York therapist whose life is turned upside down after a violent death and the disappearance of her husband leaves her to deal with a chain of terrible revelations.