Netflix will be bundled into a new Sky pay TV subscription pack in Europe.

Customers with the next-generation, Ultra HD Sky Q box will be able to access the service for the first time.

Netflix will launch along with the new subscription pack in the UK and Ireland in the coming year, with the same deal in Germany, Austria and Italy coming later.

It will also be added as a standalone service on Sky’s over-the-top Now TV service in the UK and Ireland, with the same functionality added to Sky Ticket in Germany and Austria and Now TV in Italy “in due course”.

The deal will see Netflix’s original SVOD programming such as The Crown, Stranger Things and Altered Carbon integrated into the Sky Q search function, with Netflix shows promoted in the same way as Sky exclusives such as Britannia, Billions and Big Little Lies and free TV shows are.

Existing Netflix customers will be able to migrate their account into a new Sky bindle or sign in using their existing details. This means they will get one monthly bill and integrated services.

Considering the threat Netflix’s SVOD domination poses to the Sky pay TV model, and the creation of Sky’s subscription on-demand service, Now TV, the deal marks a significant moment in the relationship between the two content giants. 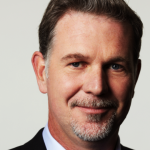 “We are delighted to partner with Sky to bring the latest technologies and great stories under the same roof,” said Netflix CEO Reed Hastings (left). “With this innovative new partnership and Netflix’s stellar line up of original content from across the world, Sky’s customers will be able to seamlessly access and enjoy all the best entertainment in one place.”

For Sky, the deal is a boon as many commentators and analysts have begun pointing to customer interface and ‘mega-bundles’ – aggregated services that make accessing programming and movies easier – as a key battlefront in the future of entertainment. 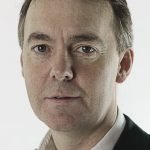 “By placing Sky and Netflix content side-by-side, along with programmes from the likes of HBO, Showtime, Fox and Disney, we are making the entertainment experience even easier and simpler for our customers,” said Jeremy Darroch (right).

“Our recent announcements mean we will extend our leadership in delivering customers the best viewing and user experience in Europe.”

Muddying the water is Disney’s US$66 billion takeover of Fox’s entertainment assets, which include a controlling 39.1% stake in Sky.

With Fox attempting to buy the rest of Sky and sell it on to Disney, which is launching a branded global SVOD rival to Netflix, there may issues to pick through at that stage.

However, this week Comcast launched a £22.1 billion (US$31 billion) takeover Sky bid of its own, despite Sky already accepting the Fox offer of around £18.5 billion.

Comcast has also shown renewed interest in the wider Fox entertainment assets, leaving many issues still to be resolved before this crucial round of media and entertainment consolidation ends.